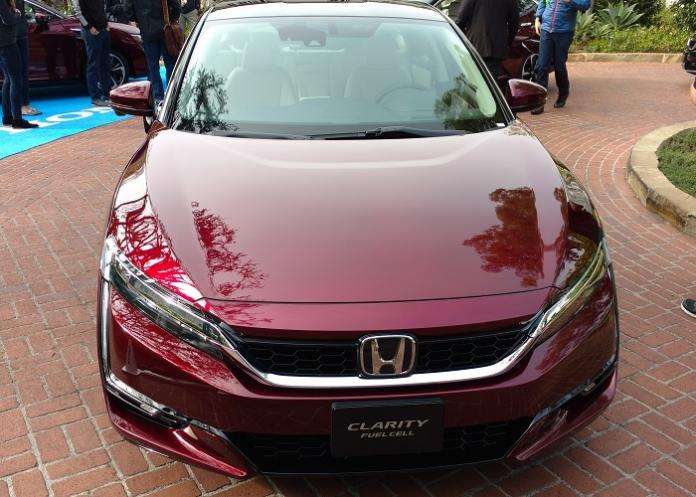 If you live in a major metro region of California, you’re beginning to see 2017 Honda Clarity driving silently past you in the H.O.V. lane. That quirky “Green” neighbor of yours has a secret, and he or she has several reasons to smile.
Advertisement

I find it interesting that 2017 Honda Clarity FCEV continues to lease at unprecedented volume, despite cheap abundant gasoline, and many plug in, or gasoline hybrid electric options on the market today. People that lease Clarity more often than not fall into the top 5% or so, as to income -- they could afford to drive any car or truck. Why Clarity?

Honda Clarity FCV a car of many firsts

Honda Motor Company was the first to introduce a mainstream consumer friendly FCV to the U.S. in 2002. A car of many firsts, 2017 Clarity FCV (hydrogen fuel cell electric) currently outpaces Acura NSX supercar in sales and lease volume as California goes “green.” Of course, there’s a bit more to Clarity’s new found market success, than a favorable lease rate.

Simply put, visually, the 3rd generation Honda Clarity FCV is the most dynamic, and largest, of the two leaders in the burgeoning hydrogen fuel cell motivated electric vehicle segment. While attending the 2017 Clarity press reveal in Santa Barbara California, Torque News took the opportunity to drive Toyota Mirai in a direct comparison to Clarity. While both contenders produced a rather dynamic electric drive and ride experience, Honda Clarity proved to be more “conventional 5-passenger-sedan like’’ in cabin comfort, refinement, and overall drive feel. And then there’s that sweet lease incentive.

Today’s FCEV is the thing that science fiction movies of the not too distant past were made of, personified! With a rapidly expanding, government, corporate subsidized fueling network coming online in southern, central and northern California, as well as targeted cities in Oregon and the east coast of the U.S.. 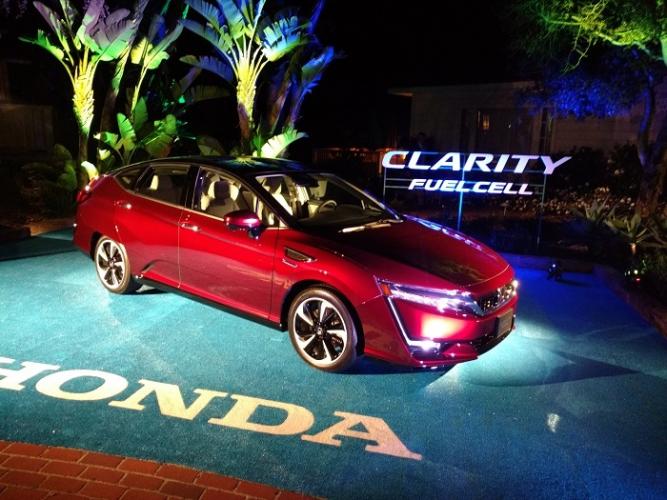 Automakers such as Honda, Mercedes Benz, Toyota and others, look to hydrogen fuel cell technology as the quickest, and eventually the most cost effective path to achieving broad-market vehicle electrification in a quest for not only environmental compliance, but low maintenance, and measurable automotive performance.

In many well heeled circles, it’s long been fashionable to be “Green,” and 2017 Honda Clarity is the Gucci handbag of Green when it comes to personal transportation. Always a conversation piece, Clarity FCEV captures a well sculpted futuristic line; is exceedingly comfortable, and takes minimalism to a new level of “posh” while giving consumers measurable bang for the buck.

The truth is: Once one secures a Clarity lease, you not only have one passenger access to California’s much coveted H.O.V. lane, (have you driven in L.A. traffic lately?) but with Honda’s generous fuel allowance, maintenance package, roadside assist and fuel subsidy, the cool dude or dudette driving the cutting edge Clarity, is spending less money per month on car expenses then the average Honda Accord owner.

A Clarity FCEV factoid or two

Here’s that “car of many firsts” thing I alluded to at the top of this long winded diatribe. Hey, it’s Friday man, let’s get on with it!

At the end of the day, Clarity FCV market success coincides with the expansion of a viable, high volume, compressed hydrogen fueling network. Once the emanate domain of industry, compressed hydrogen goes consumer mainstream with government and corporations putting their money where their collective mouths are.

2017 year to date: Honda and Toyota leased nearly 1600 FCEVs in the first 3 quarters of the year, greater than the combined fuel cell vehicle lease volume over the prior 10 years. Has manufacturing capacity caught up with consumer demand, or is this but a baby step towards the successful introduction of zero emissions hydrogen fuel cell electric personal conveyance? With Clarity, consumers have a choice in going electric. How do you see the future in auto-electrification? We welcome your thoughtful feedback here at Torque News.

Todd wrote on October 6, 2017 - 9:07pm Permalink
Just to clarify a point in the article, while the Clarity Fuel Cell is a great deal, Honda is not currently paying for the maintenance. We love our white 2017.
insightman wrote on October 12, 2017 - 11:55pm Permalink
As nice as the Clarity Fuel-Cell is, its lease numbers are dwarfed by the Toyota Mirai. Last month Honda leased 66 Clarity Fuel-Cells vs. 184 Mirai (assuming Mirai is the plural of Mirai). And what's up with the Clarity Plug-In? Honda still claims it will be selling them this year, so why aren't they ready to reveal when and how much?

Elon Makes a Cybertruck Statement With an Action, But Quiet in Words
Tesla's Record Month in China: Doubled Registrations in March 2021
END_OF_DOCUMENT_TOKEN_TO_BE_REPLACED