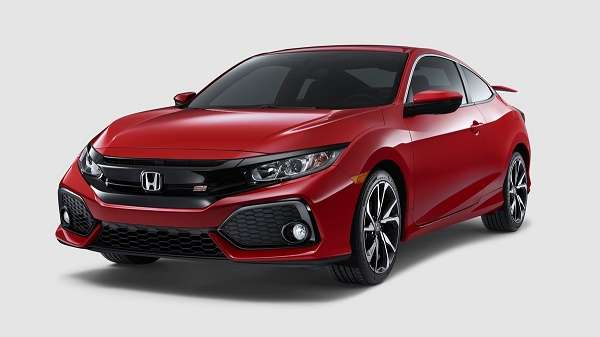 Today Honda revealed ball-park price and specifications for the redesigned uptick 2017 Civic Si, and more. What else do we know about Honda's latest Civic Si offering?
Advertisement

2017 Honda Civic Si comes to market after a model year hiatus, manufactured on the exceptionally refined and well handling 10th generation Civic compact world car platform-- as is the soon to arrive front-wheel drive monster hatch Civic Type-R. The two offerings, while miles apart as to total horsepower and torque output, do have several design and performance attributes in common, the first being turbocharging.

By turbocharging Civic Si, Honda engineering achieves much improved mid-range-rpm high-torque and horsepower engine output. This is where old-school Civic Si drivers will discover an exciting uptick in not only off the line acceleration, but seamless grade climbing and passing power.

Today Honda released a YouTube video demonstrating the handling characteristic of Civic Si on a road course. While not as in your face as Civic Type-R, as to ear splitting track racing exploits, Civic Si brings an affordable sport-commuter alternative to an under $30,000 performance coupe and sedan segment that could use a bit of reliable Honda performance -- this is Honda’s answer to affordable club-car performance.

What I find to be very cool, is that Honda captures the spirit of Civic Si past, while injecting creature comfort connectivity and refinement into what was once a very utilitarian, bone jarring go cart. This is the grown-up Civic Si -- built with sporting drive performance in mind, while achieving 5-Star safety standards, a quieter, more comfortable, compact car interior that will effortlessly double as a family hauler. Need a sport-hatchback, check this out.

And then there’s the much refined, hydraulically dampened, 4-wheel independent suspension, and oversized braking. This Civic Si is a much easier sell to your significant other.

Getting down to it, 2017 Honda Civic Si specs and MSRP please