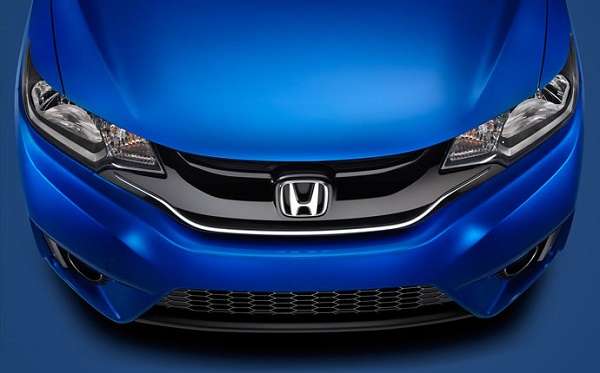 Speaking with our dealership contacts, consumer demand for 2016 Fit is as high as ever. The current problem is meeting that demand.
Advertisement

American Honda Motors continues on an unprecedented production and sales roll as “2015 The Year of Honda” comes to a close. looking to the numbers, American Honda Motor Company remains on course for an “all-time” annual sales record, with Honda CR-V, Accord and Civic driving the Tokyo Japan headquartered maker to record sales in their largest market, North America.

With success also comes change, and perhaps a handful of growing pains

"Honda to ramp up 2016 Fit production in Japan for U.S. export." While this news may seem just a bit counter as to mission statement, for a company that’s dedicated to regional parts sourcing, production and distribution, North America bound Honda Fit will now originate in Yurii, Japan. Honda after all is a World manufacturer.

In a world according to Honda

As shared with me be Honda’s Chris Martin: Canadian and European market demand and subsequent production of the manufactured in Celaya,Guanajuato, Mexico 2016 Honda HR-V crossover has pushed Fit production for North America, off the line and back to Yorii Japan for export to the United States. I tagged lagging Fit sales on cheap gasoline; Honda says no! looking to the numbers: Honda Fit or City as it’s labeled in other regions of the world including India, Malaysia, etc, is manufactured in 10 plants and 8 countries throughout the world. Introduced to Japan in 2001, Fit sales broke the 5 million unit mark in late 2013. To date, 48,527 Fits have sold to happy consumers in the U.S. for 2015.

A quick turnaround for Honda’s Fit-World-Car

Manufacturing of Fit in North America was short lived, and restricted to the 3rd generation Fit, which first appeared in the U.S. June, 2015. Back when Torque News first reported on the all new Fit, reader and dealership response was very positive. I drove it, and was duly impressed by the new up-tick look, quality and new-found “magic seat” utility of Honda’s least expensive offering. As to 2015 and 2016 Fit: There simply weren't enough of them available to meet consumer demand. No reflection on the car. looking to dealership inventory, Fit, if not pre-sold prior to delivery, sells within days if not hours of arriving on the lot. Speaking to Honda, Acura sales manager Paul Casey of Kendall Motors Eugene, they’re sold out of 2016 Fit and expect the next built in Japan Fit to arrive sometime after Christmas.

The rest of the story

looking to November, 2016 Fit sales numbers, although off 50% from sales closed a year earlier, November sales indicators reveal an increase in dealership inventory as Honda works through the shipping logistics of importing this quality 5-door hatchback from Japan to the U.S. and points beyond. Honda predicts this uptrend to continue as 2016 Fit production is ramped up in Japan for export to the U.S..

jim wrote on February 13, 2016 - 2:31pm Permalink
2016 Honda fit
Parks McCants wrote on February 15, 2016 - 9:14pm Permalink
Welcome Jim. What are you pointing at? Thank you.
jay tur wrote on March 1, 2016 - 6:58pm Permalink
2016 fit mfg japan only
Parks McCants wrote on March 1, 2016 - 8:12pm Permalink
Welcome jay fur. Wassss up? Could be! I believe the Honda factory in Mexico is still up and running. Although the entire production may be dedicated to the Fit based HR-V. I'd have to check that out. The 2016 Honda Fit I'm driving today was assembled in Mexico with Canadian, Mexican, Japanese and U.S. manufactured components. Fit is a world-car and will most likely continue to be so, despite its manufacturing point of origin. Please share with us what you know. Thanks.
Garth wrote on August 3, 2016 - 1:10am Permalink
As far as I know after calling the Pickering Ontario Honda, Canadian 2016 Fits are from Mexico. Now I'm hoping for the Japanese version to come to Canada, as there are minor build issues that would lead to better longevity. Also when I hear the US dealers speak of the difference between the Mexican manufacturing VS Japanese they heavily Favour the Japanese.
Parks McCants wrote on August 3, 2016 - 10:28am Permalink
Welcome Garth. True ! The manufacturing transition took place earlier in 2016. As to quality: Honda factories world wide use the same manufacturing guidelines. But, as you say, a handful of "hecho in Mexico" Fits have been less than perfect. The manufacturing shift to Japan is to facilitate greater availability of HR-V. We'll see how it goes. Thanks for dropping by.
David Dailly wrote on October 5, 2016 - 7:37am Permalink
My wife just purchased a new 2016 Honda Fit. How do we find out where it was manufactured? Do we type the serial number somewhere?
Garth wrote on October 5, 2016 - 10:04pm Permalink
Check the Vin# if it begins with J its from Japan K=Korea and so on.
Parks McCants wrote on October 6, 2016 - 12:16am Permalink
If it's a 2015 or an early 2016 Fit purchased in the U.S., the manufacturing origin of the vehicle is Mexico. Garth however, is correct. You will also find the information on the right hand lower corner of your dealership (side window) invoice.