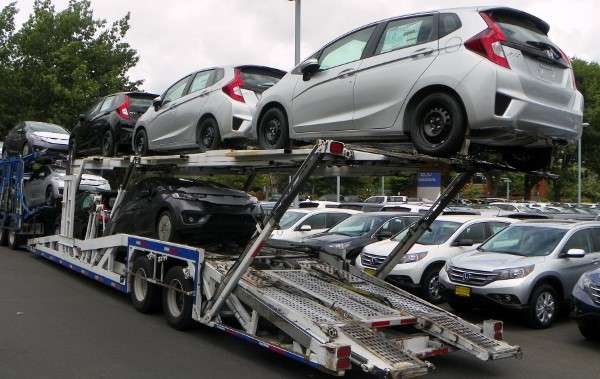 Monday morning found American Honda Motors assuring consumers that the manufactured in Mexico and Alabama Honda, Acura cars and light trucks will not be impacted by a prolonged West Coast Ports Strike. But that’s not the whole story.
Advertisement

Los Angeles, Long Beach and Oakland are the biggest Asian-connected import freight terminals in the United States. When they shut down, much of North America’s manufacturing and commerce comes grinding to a hault. Unfortunately for workers and consumers, Teamsters Longshoremen have been without a contract since last Summer. They're not budging, either is the Port Authority.

Because, Honda, Nissan, Subaru and Toyota import parts for North America car and light truck assembly from Japan, a prolonged port strike, in this case between the Port Authority and the Teamster Longshoreman is halting the unloading a critical manufactured in Japan auto components sitting within eye-shot off shore.

Bottom line: Ports on the East Coast of the United States and the Gulf of Mexico are not embroiled in the current labor dispute. Thus, Fit and the soon to be released 2016 HR-V, should remain on a timely production and dealership delivery schedule.Once again, no production delays foreseen for 2015 Honda Fit.

While we don’t have an exact release date for the pending HR-V, our contact at American Honda Motors is pointing to a late Spring delivery. looking to our review and drive schedule, we’ll be taking a closer look and drive of 2016 HR-V the last week in February. We should have price, specifications and release date the first week in March.

This is a bit disturbing

In several unsubstantiated comments from our readers, we discover that more than one has been waiting since last September for specifically optioned 2015 Honda Fit. The specifics that come to mind are color and navigation option combinations. Hey Honda, why would it take months to deliver a White Fit EX-L with Tech?, We referred our reader to her to the dealer. Take a look at 2015 Honda Fit price and specifications here. What do you think? do you know of anyone that’s experienced a long-term delivery delay on a 2015 Honda car of SUV?