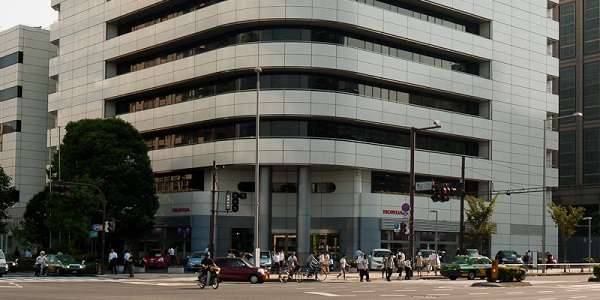 In the wake of Honda’s growing market presence in North America, the rarely faulty Takata airbag casts a shadow of doubt over Honda Motors reputation of benchmark consumer safety program. Honda’s reputation and honor is on the line. We present Honda’s official statement.
Advertisement

Honda Motors is an institution built on honorable intent and consumer safety. We could end the story here and would like to. However, once again the rarely defective Takata airbag resulting in the voluntary recall of 6 million Honda built cars and light trucks, has caught the unwanted attention of the National Highway Traffic Safety Administration; at the hands of consumer watchdog group “The Center for Auto Safety.”

TCFAS points to “at least” 2 unreported deaths by Honda to NHTSA.

Honda is accused by TCFAS of under reporting defective airbag related death and injury and has conceded to the fact with a caveat; they did not include unsubstantiated verbally reported accidents in their latest written report to NHTSA.

Now it gets nasty

TCFAS has called for a U.S. Department of Justice investigation into these allegations, resulting in no further action at this time.

Torque News called for the distancing of Honda from Takata Corporation months ago. We don’t believe that even one defective airbag related death is acceptable. While Honda is Takata Corporation’s largest account, there are other volume airbag manufacturers available to American Honda Motors. With the majority of Honda cars and light trucks sold in the U.S and Canada now manufactured in North America, the faulty airbag issue may already be a problem of the past.

According to Bloomberg News, Honda had asked a third party in September to determine rather or not they underreported defective airbag related deaths or injuries to NHTSA, the findings will be shared with the agency.

The red flag here is the number of Honda’s reported incidents in direct comparison to Nissan,Toyota and others. Where as Honda reports a handful of related deaths and injury, Toyota’s numbers approach 2000. Granted, Toyota is the largest manufacturer of cars and light trucks on the planet.

Unfortunately, Honda now stands accused through implication of cover up or at the least complacency in the matter of defective airbag related deaths, despite extraordinary “safety first” voluntary recalls at the cost of Honda Motors.
“Made in America” Honda will sell well over 3.5 million 2014 cars and light trucks in Canada and the U.S..You may search for Honda product recall information here.

A statement from Honda Motors

In September, Honda commenced a third party audit of potential inaccuracies in its reporting of the written injury and death claims required by the TREAD Act. These claims come from owners or their representatives. We have informed the NHTSA of this review and will soon share our findings with the agency.

In accordance with the TREAD Act, Honda’s past practice has been not to report verbal injury and death claims. We believe this practice accounts for the vast majority of the difference between the total number of injury and death claims reported by Honda compared to certain other manufacturers. In September, Honda decided to include this information in future TREAD Act reports, which will make its reporting more consistent with other manufacturers.

With respect to the issue of Takata airbag inflator ruptures, Honda has maintained a dialogue with the NHTSA for several years. In doing so we have provided the NHTSA with detailed information relating to all known ruptures of Takata airbag inflators in Honda vehicles, including providing in September 2009 information about the May 2009 tragic death of Ashley Parham. The information provided by Honda has included greater detail than required by the TREAD Act, including a description of the nature of the injuries and other circumstances relating to the incidents.