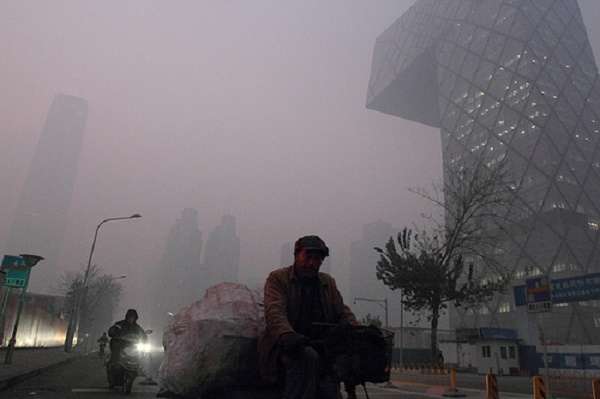 Environmental Impact drives alternative vehicle R&D for Honda and others

In the largest emerging new car market in the world, on certain days, you can’t see across some intersections due to air pollution.
Advertisement

The automotive industry has been primarily tied to the internal combustion engine for well over 100 years. On certain days in Beijing China, visibility is reduced to less than 100 yards due to vehicle produced air pollution. For some, this has become a matter of life and breath.

This morning, my virtual inbox was stuffed with “Green Car Report” related news. HondaPro Jason jumped on the fence as well, with a report that by the end of this decade, most if not all Honda Motor cars and light trucks imported, produced or sold to the world's largest emerging new car market China, would be either EV, gasoline, electric hybrid or Fuel Cell powered. We first reported on the Accord Hybrid back in 2013.

In other words, “some sort of electrification.”

Green Car Report's Stephen Edelstein and HondaPro’s assertion of this sweeping change in personal transportation propulsion was prompted by a comment from Honda Motors’ Keiji Ohtsu, who reportedly stated in a recent interview with Ward’s Auto that “Chinese emissions standards in place a decade from now will be so strict that Honda will have an all-hybrid lineup there, likely augmented by some plug-in electric cars and hydrogen fuel-cell vehicles. I like 2017 Honda Clarity FCEV.

Could be, but the U.S. is not China

I respectfully direct you back to the first paragraph of this article, where as I state: “The automotive industry has been primarily tied to the internal combustion engine for well over 100 years.” During the turn of the last century, several manufacturers including the Edison Electric Company, built very impressive, large carriage electric cars. As with today’s Tesla “S,” the electric cars of that day were expensive and largely reserved for and purchased by the growing nation’s wealthy.

Granted there was very little concern for the environment of the day. The general population was happy to rid the streets of horse manure and the never ending disease carrying ensuing fly-storm that would plague major city and small town streets alike.

Short story: The automotive world has had market access to electric cars and fuel cell technology for decades, and has done little to embrace it. We drove Kia Soul EV and loved it!

Today, while growth in the EV car segment is measurable, it remains minute in sales numbers. And, with the precipitous price drop in retail gasoline, is now placed on the back burner by most manufacturers including the aforementioned Honda Motor Company.

Case in point, 10 years in automotive development time is a tick on the clock. But then again, market demand does have a way of pushing product development time lines. Acura developed this car in a short 3 years.

Seams a bit counter intuitive doesn’t it, unless you know the U.S. and Japanese markets. In Japan hybrid technology is king, with Fit hybrid, a variant that has never been available in the states selling 400,000 units prior to the transmission related recall issue. The reason for hybrid popularity is one of economics and taxation.

In Europe and much of Asia, car owners are penalized for exceeding a set size limit and MPG average, the fines can be measurable. In major cities such as Tokyo, larger gas guzzlers don’t fit the status quo, nor the stringent near-zero exhaust particulate standards.

Yes, the state of California (C.A.R.B) and other municipalities do have long reaching environmental protection and pollution reducing mandates on the books. Honda and Toyota are headquartered in the largest new car market in the United States, Los Angeles, California, and have answered the call to develop near zero emissions gasoline hybrids, plug in EV, FCEV automobiles and crossovers fpr this market; towards the goal of meeting the 2022 drop-dead date of C.A.R.B mandated emission levels for total fleet averages. What happened to this car?

No hurry, we ain’t dead yet

Market demand drives product development while dictating the availability of specific products in any given region. That’s pretty much Econ 101 when it comes to demand and supply production. And, as well meaning as the environmental officers of Honda, Toyota and other auto manufacturers are in their righteous intent to introduce near zero, and zero emission personal transportation into the mainstream, progress has been and will continue to be painfully slow, due to profitability constraints.

Presently, driving the roads of North America is the oldest average aged fleet of personal cars and light trucks in U.S. history. Granted, 2014 and 2015 has produced near-record sales years for the automotive sector, following the partial economic recovery of the U.S. and world economy.

None the less, if we were to halt the manufacturing of fuel burning cars and light trucks in North America today, it would take no less than 20 years to fully integrate hybrid, plug in EV and FCEV into our society. Honda promises an expanded EV lineup based on this technology in 2018.

That's good.Yet, until the pump price of gasoline rises appreciably, and the retail sales price of hybrid cars drop to current internal combustion powered car levels, consumers will remain hesitant as to embracing electrification of the automobile.

With the melting of the Polar Ice Cap

As we debate the impact of man made pollution on our planet, there appears to be a demographic wide heightened awareness of the downside of the oil dependent internal combustion engine. As the occupants of the world’s biggest emerging economy and subsequent new car market China, struggles with lessons long learned by much of western society, governments will step in and drop the hammer on unbridled profit driven not-so-free enterprise, and manufacturers will take heed.

Can Honda and other automakers fully hybridize and electrify their entire fleets?

The greater question is, will consumers willingly make the transition to standalone EV and hybrid technologies? If you take away the option of the internal combustion engine they will. With many Chinese consumers being introduced to personal transportation for the first time, the transition to electric is not one of choice, it’s one of necessity. To breathe or not to breath, that is the question.