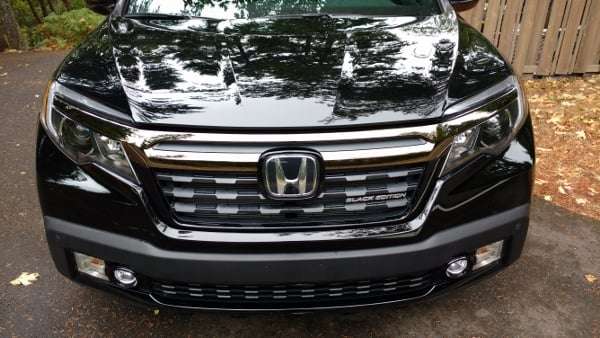 Discover the reinvented midsize pickup that is 2017 Honda Ridgeline

For the sake of full disclosure, I must admit that it’s a bit tough for me to wrap my analytical automotive mind around the sum of the parts that may be Honda’s greatest engineering achievement to date.
Advertisement

Admittedly, I’m pretty damn Cowboy when it comes to an American original, the pickup truck. And frankly, Dodge Turbo Diesel guys and gals like myself scoffed just a bit, when Japanese owned Honda ventured into the holy grail of Americana back in 2004 with the introduction of the first generation unibody, front-wheel-primary-drive Ridgeline pickup truck.

After all, Honda’s V6 powered one-off came to market in what visually appeared to be a ¾ scale version of G.M.’s less than well received Chevy Avalanche, and yet proved to be a very capable car-truck, offering a smooth ride, adequate horsepower, torque, and at the time of its introduction, segment leading fuel efficiency. I talk a bit about the first time I drove first generation Ridgeline here.

As much as things change…

After a 2 year hiatus from the market, a reinvented 2nd generation Ridgeline emerges, just as unique as the original, with a twist or two -- there’s nothing else like 2017 Ridgeline on the market today -- and that makes for a very challenging comparative review.

Our friends at Honda public relations are working this thing baby, and rightfully so. The challenge that American Honda Motors faces with Ridgeline is nothing short of convincing the public that this truck tough, high utility transformer, is not only a viable alternative to a conventional ladder framed light duty extended cab pickup truck, but a smarter choice for those of us that require the utility of a pickup truck part time, if ever. Research shows the powers to be at Honda that this target demographic is huge and growing.

Off and running would be an understatement for 2017 Honda Ridgeline. Automotive journalist like myself give Ridgeline an enthusiastic thumbs up, as have the thousands of consumers that have taken the opportunity to drive arguably one of if not Honda’s greatest achievement to date, the invention of an American icon, the pickup truck.

No, Ridgeline is not a Honda Pilot with a truck bed

Yes, I had to get past that perception as well. While attending the national media roll out of 2017 Honda Ridgeline in San Antonio, Texas, I learned that although Ridgeline shares a manufacturing platform with the all new Honda Pilot, that a high percentage of suspension and driveline components are specific to Ridgeline. For us, the suspension components were spread out in a very comprehensive hands on display, some components, spindles, diffs, tie rods, etc, were no less than 50% larger than Pilot’s, tough where it counted, where Ridgeline towed, hauled, and conquered tough terrain. Yes, we did all of the aforementioned in what is arguably the most comfortable and quiet cab in the midsize pickup truck segment.

For 2017 Honda Ridgeline comes back to market bigger, better, fuel efficient and more conventional as to truck looks. Gone is the quirky side profile that made Ridgeline unique to a segment of mostly boxy and stubby utility stretch cabs.

Granted, it’s still not a “Big 3” contender with the hauling and tow capacity of a heavy ½ or ¾ ton extended cab pickup truck, and doesn’t claim to be. Yet, Honda’s reentry into the realm of the American icon is exceptional as to interior comfort, maneuverability, ease of parking and access, as well as exceptional class leading fuel efficiency, a unique in bed lockable trunk, available 110 volt AC inverter, bedside resonators and 2-way tailgate.

On the inside one discovers a very comfortable interior rivaling many near premium sedans, with a hook or two. The convertible rear bench folds up to reveal a near-flat-deck cargo hold, perfect for hauling tall items, sport bicycles, a table saw or two, you get it, unparalleled convenience and security.

Coming up: “This Week in The Seat”

Over the Labor Day Weekend I drove 2017 Honda Ridgeline Black Edition down to historic Fort Umpqua in Elk Oregon. Nancy and me had a great time. In fact, this is the first pickup in our near 2 decades together that I had a tough time grabbing some seat time in -- Ms Nancy wouldn't vacate the driver’s seat. I’ll be spinning a full drive review this week, stay tuned.

Bill mee wrote on September 7, 2016 - 11:11pm Permalink
I have to say i love hondas. I got two in the drivewY right now. Also a 2015 f150 w 2.7l. That gets 10.5l/100km. I took a recent test drive in a pilot which is indistinguishable from a ridgeline when you sit in it. It was not a good test drive. First the merge onto the highway showed that the variable steering assist was dialing out while accelerating into a turn resulting in steering movement that actually didnt turn the vehicle. What a scary feeling. Next i came near a white line and the steering wheel shook like i broke a tie rod end. What the f3&$. It doesnt do it if you steer a tiny bit into the lane. So if i look back to yell at the kids and change steering position it wont warn me im going off the road! Ridiculous. So ridgeline gets 9.5l/100km and myford does 10.5. Yet has 325hp 375ftlb. Honda just doesnt compare. Sad really.
Parks McCants wrote on September 8, 2016 - 10:52am Permalink
Welcome Bill. What you're describing is the "lane keep assist," and the variable drive mode selection. You can turn most if not all of the driver assist technology off when not wanted. B.T.W, Honda Ridgeline is not Ford F150, nor is it a Honda Pilot with a truck bed. No worries, your F150 is a great pickup truck. Enjoy!
Bill mee wrote on September 10, 2016 - 10:47pm Permalink
While i agree its not an F150. It sure and truly is a pilot with a bed. Same driveline same interior, same tire size, etc. Like SUV means Sport Utility Vehicle. the pickup bed is really shallow and there are the same poor body lines for a truck canopy as the previous model. The real question is why should i buy this underpowered Wife Utility Vehicle (WUV) when i could have the best pickup on the road. Soon ford will release their ten speed w 3l diesel. Then jaws w drop.
Parks McCants wrote on September 11, 2016 - 1:31am Permalink
Drive Ridgeline off road Bill and get back to me. Like I said, F150 is a full size ladder framed heavy half ton pickup, Ridgeline is not. You're comparing apples to oranges, And no! While Ridgeline does share a manufacturing platform with Pilot, Ridglinen's drive line and chassis construction is beafed up to take greater abusive, on and off the road. As I said before, enjoy your F150.
Raymond Reid wrote on September 23, 2016 - 9:59pm Permalink
I just bought a 2017 Ridgeline and love it. I have a RTL. With 3700 miles on it I am showing 24-25 miles per gallon with it. It is quiet, quick and very comfortable. I have been to the mountains twice and love how it is solid on the road. I traded a CRV and my Ford Ranger in on it and glad I did. One vehicle that can do it all for a homeowner who needs a vehicle that is comfortable for the family and friends and versitle enough to carry most anything I need to carry.
Bill mee wrote on September 27, 2016 - 10:13pm Permalink
Just drove the ridgeline truck (WUV). It handles better than pilot. The demo does feel slightly strained while driving. Almost like pulling a trailer. I suspect fuel mileage calibrations were first priority. Floor it and it accelerates nicely. My f150 is a diff truck on sport vs standard mode. Particularly in throttle response. I spend time in many f150 configurations doing oil field work. So i know about offroad. But these vehicles have different audiences. Id be happy to put a ridgeline in my driveway. Even happier if it had a sport mode.