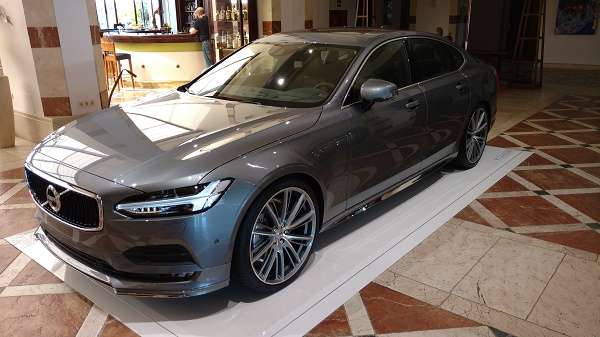 How will Volvo and other auto manufacturer’s filter through and apply your cars transmitted, collected data into a safer “hands free” driving experience?
Advertisement

One of the many challenges facing car manufacturer’s today as to launching near future autonomous drive technology, is how to filter through millions of “connected car” web transmitted operation factoids -- and succinctly apply that information to your driving future.

According to Marr, Volvo has received and collected engine and systems operating data sets from cars with internet connectivity since 1998 -- in an attempt to better track maintenance cycles, wear part life cycles, and driving patterns; toward the advent and market initiation of next generation active safety features.

In his interview with Marr, Volvo’s director of business intelligence Jann Wassen states: “We are trying to coordinate both creating and enabling tools for analytics, as well as making sure it is being triggered within areas where we should be active.

In other words, collecting and sorting million of data sets per week is a near insurmountable task. Digging through the pile and applying applicable, timely data toward a future of reduced accident and auto related fatality while daunting is Volvo’s end game.

I experienced near autonomous ‘ co-pilot’ active safety features while driving the all new 2017 Volvo S90 in Spain. To say that the technology is a bit of a mind blower is a gross understatement.

In short, Mr. Marr’s article is a well written informative read. You may catch it here.