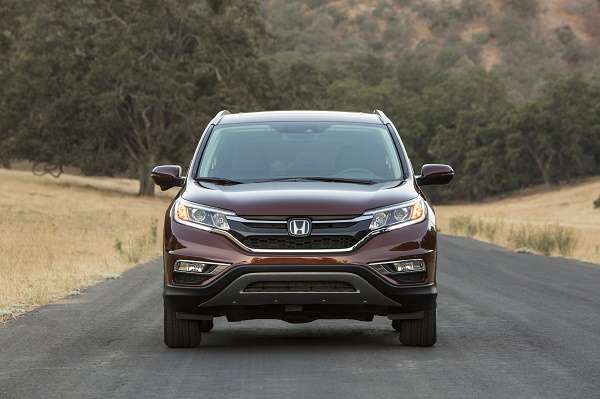 For 2016, buyers of North America’s best selling SUV will find an additional trim choice for Honda CR-V. What will Special Edition buyers receive for their dollar?
Advertisement

As earlier noted, Honda has embarked on an unprecedented reinvention of its entire lineup. To date we’ve reviewed a major refreshed CR-V, the refined re-platformed Fit, the all new 2016 HR-V, the reinvented Pilot and the soon to arrive 2016 Honda Civic Sedan.

The rumor mill that is automotive journalism has a reinvention of Honda CR-V coming off of the production line for 2017. We’ve been assured by our contact at A.H.M. that a release date for the 10th Gen CR-V hasn’t been dedicated as of this writing.

Nonetheless, in the Honda tradition, an S.E.(Special Edition) variant being added to the mix at the end of its shelf life indicates a pending next generation release. We’re still waiting for Honda Ridgeline Pickup. Sold out in 2014 as a Special Edition model, next generation Ridgeline is rumored to return to market in mid 2016 as a 2017 model.

The past 12 months or so has been a very exciting time to report Honda and Acura automotive news and development. From where I sit, no other automotive brand available to consumers in North America can touch the new-age technically driven, cutting edge design catapulted sales trajectory of American Honda Motors.

When I first drove the substantially refreshed 2015 HR-V SUV in Huntington Beach, California, I was impressed, not only by the notable refinement of interior hard and soft molded materials used, but by an overall quality of fit and finish, once reserved for the luxury auto segment.

The major refresh and upgrade of CR-Vs exterior body line, lift gate, grill and integrated digital lighting speaks for itself. Hands down, 2015 CR-V is the best looking compact SUV in a North America’s fastest growing segment.

Presenting exceptional “off the light” acceleration and a very usable mid-range torque found through Earth Dreams ™ engine and transmission technology, when compared to the competition,CR-V comes out on top.

According to our Honda Source: “After a major refresh for 2015 that brought a new powertrain, significantly enhanced exterior and interior styling and a long list of new standard and available features, the 2016 Honda CR-V returns with a new Special Edition (SE) trim and a lineup with a starting Manufacturer's Suggested Retail Price (MSRP) of $23,595."

"The new Special Edition CR-V is positioned above the LX trim by adding larger 17-inch alloy wheels with an exclusive two tone finish, second-row and rear privacy glass, and security system. With only an $800 premium over the LX, the SE represents a high-value proposition for the premium look and additional feature content." Says Honda Motors.

So, for $25,695, buyers will receive a very custom look rendition of North America hottest selling SUV. CR-V dimensions, engine, drivetrain electronic safety features and personal connectivity will remain unchanged until the timely release of the 10th generation CR-V, time and date yet to be announced.