Despite what you may have read in the auto blogs, not every consumer wants or needs a crossover or SUV. In-fact, after 3 years of near record sales, the auto industry may be in for a mild correction. Is now the time to buy that premium 4-door sport commuter you’ve always wanted? We take TLX through the Oregon wine country.

When TLX hit the skids back in July of 2014, as a 2015 model, it was anticipated by the maker and many in the automotive press to be the comeback golden child of the Acura sedan. And, consumers answered Acura’s unique all-wheel-drive, or all-wheel-steer, normally aspirated dual-clutch, paddle-shifted wonder, with impressive initial sales. Well over 66,000 TLX sport sedans were sold in the the first 18 months of production -- as the auto buying trend shifted to crossover, SUV ownership. 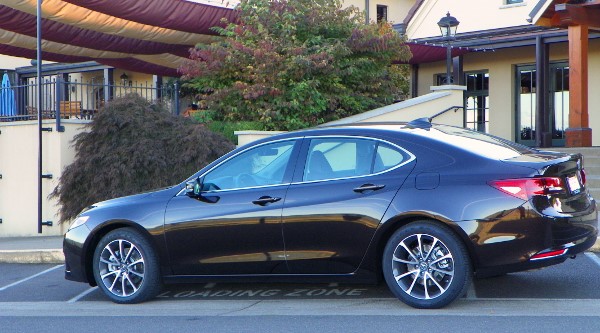 Acura looks to an A-Spec injection to resurrect TLX sales

While TLX sales did not surpass Acura’s initial market goal, TLX did return the precision brand to its rightful place of midsize performance sedan prominence, if not dominance. A big part of the buzz was the Acura TLX-GT racing effort co-developed, produced and driven by Acura, RealTime Racing. Acura racing transitioned to NSX for the 2017 G.T. season, with TLX-GT and RealTime Racing owner P.D. Cunningham destined for the Broadmoor Pikes Peak I.H.S. this summer.

However, with Acura MDX 3-row SUV and RDX 2-row crossover leading Honda’s premium division in sales, Acura’s TLX advertising campaign fell a bit to the wayside, as did the TLX-GT racing campaign. With the SUV trend, so went a measurable decrease in TLX sales, until April 2017, when Acura announced the upcoming release of a very dynamic V6 powered, SH-AWD, 9 speed shifted 2018 Acura TLX A-Spec trim package.

With that news came an exceptional Youtube drive comparison review between the current Acura TLX lineup, Lexus, and Audi. Although all very capable offerings, when compared dollar to dollar, Acura TLX comes out on top with value driven performance, cabin comfort, and bling-balanced good looks, with 5258 TLX sedans delivered to new owners in April. You will find Acura TLX MSRP and specifications here.