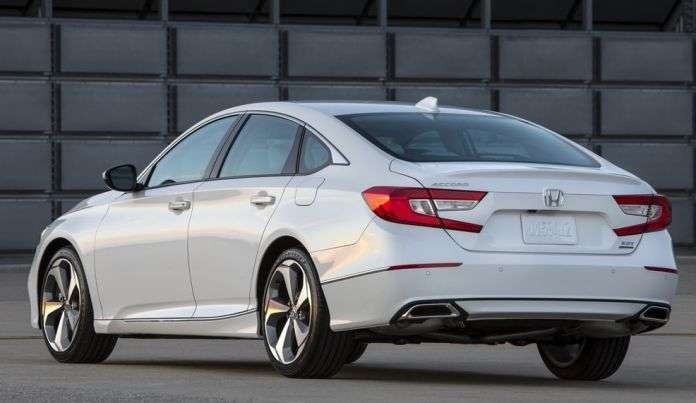 Honda’s reinvented Accord has caught the attention of the auto news media, they mostly like it! However, Consumer Reports rates hundreds of consumer goods annually, and is the go-to for many would-be new car buyers, prior to the sale. What does CR think of 2018 Honda Accord?
Advertisement

The writers at Consumer Reports experienced two variants of the reinvented turbocharged 2018 Honda Accord Sedan; and largely, liked it. Although, there was a bone of contention related to the 2.0 Liter Accord Touring, I’ll get back to that in a moment. There’s little arguing that the redesigned, re-powered Accord, will maintain Honda’s high sales volume ranking in the midsize sedan segment -- the sedan segment is not dead in America by a long shot.

Torque News is reminded by Honda, that sedans, while overshadowed by a consumer shift to crossovers and SUV s, makes up more than 40% of all new car sales. Accord and Civic account for a high percentage of that market, competing with Toyota Camry and Corolla for top market share. Torque News first experienced 2018 Honda Accord in the mountains of New Hampshire.

What Honda’s done with Accord is nothing short of auto engineering and design magic. Last week I caught my first glimpse of a pearl white 2018 Accord Touring on the interstate, I couldn’t take my eyes off of it. Balanced of bodyline, short of rear overhang, and long in the hood, Accord brings a visual of long hood inspired grand touring car to the midsize mainstream midsize sedan segment -- just as Accords designer intended it to. Accord lives large, and rides low.

Here’s where where the reinvented Accord hits a snag. Consumer Reports does not like Honda’s button activated 10 speed automatic transmission. CR finds its operation to be less than intuitive -- as experienced in other Honda and Accord offerings.

Here’s what I think

It’s nice to have options. In 2017, I drove every new Honda car and light truck offering. I find no fault with Honda’s proprietary 10 speed automatic transmission, albeit a bit busy at times. I first experienced Honda’s 10 speed in the redesigned Honda Odyssey minivan. It shifted seamlessly, while enabling class-topping fuel efficiency. As noted by Consumer Reports in their February article, the all new Honda Accord's electronics, like all new offerings, comes with a learning curve. I believe that once consumers get used to the new engine sounds, always-on torque, and turbo-engine to transmission pairing, they’ll love 2018 Honda Accord.

Biggest changes for 2018 Honda Accord

Our thanks to Consumer Reports for keeping it real.