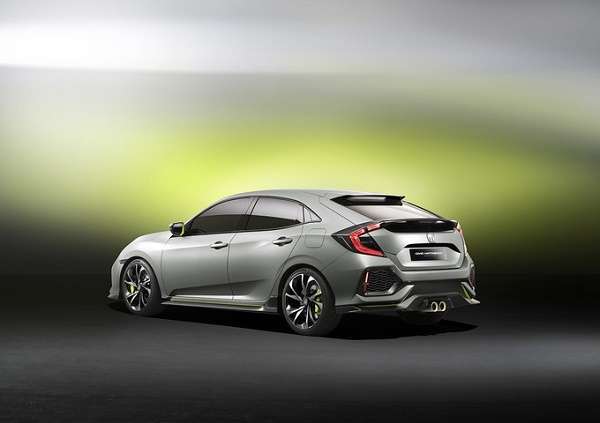 This is the Civic that will bring German car fans to the Honda brand.
Advertisement

2017 Honda Civic Hatchback is a “world car” by any measure. Born from an art pad in California, co designed and engineered by an international team and manufactured in the U.K., the all new 5 door Civic Hatchback’s engineering team is truly visionary in its market aspirations.

Powered by a segment busting “Made in America” EarthDreams ™ 1.5 Liter direct injected turbocharged engine, while shifted via a designed and built in Japan CVT or 6 speed manual transmission -- 2017 Civic Hatchback is the car that many “never owned a Honda” auto enthusiasts will line up to purchase.

When Torque News first set eyes on Honda’s exceptional Civic Coupe Concept in Los Angeles, the handwriting was on the wall. The Concept’s bodyline was thought provoking as to a possible high performance Civic Hatchback to come.

We had reported on the escapades of the world record setting front wheel drive European specification Civic Type-R, Now, Honda’s John Mendel informed the world that North America would receive it’s own “ Civic compact global platform” Type-R, it would arrive soon. Now, what we see in Geneva, Switzerland this week is the precursor to that car - the eye catching 2017 Civic Hatchback Concept.

Personally, I don’t see anything here that couldn't make it into production

Looking to Honda News, what you see in Geneva should be very close to the production car in design and specification. Honda does confirm turbocharging for the production hatchback. We know from driving the 2016 Civic Sedan and Coupe that this hatchback’s performance, even in standard trim will be exceptional.

According to Honda, the hatchback should be released to North America sometime later in 2016. There’s a bit of contradiction in the text, with some news sources claiming the arrival of the Civic Hatchback to European markets in the spring of 2017, and then North America. We’ll find out a bit more as to tentative scheduling this week from the Geneva Auto Show.

The very European Ford Focus will provide Honda Civic’s greatest competition in the compact hatchback segment. With a base model MSRP of $17, 225, Honda must outperform Ford, not only where the rubber hits the road, but by providing an exceptionally well “standard equipped” Honda Hatchback, within a few hundred dollars of Ford Focus pricing.

Honda Civic Hatchback will not be available in AWD

And that will be a deal breaker for some. But for Honda fans that appreciate the utility and look of a premium compact hatchback, and don’t require all-wheel-drive, 2017 Civic Hatchback will bring to market a Civic with exceptional 5-door hatchback utility, something that many Honda fans have waited for -- for the better part of a decade.