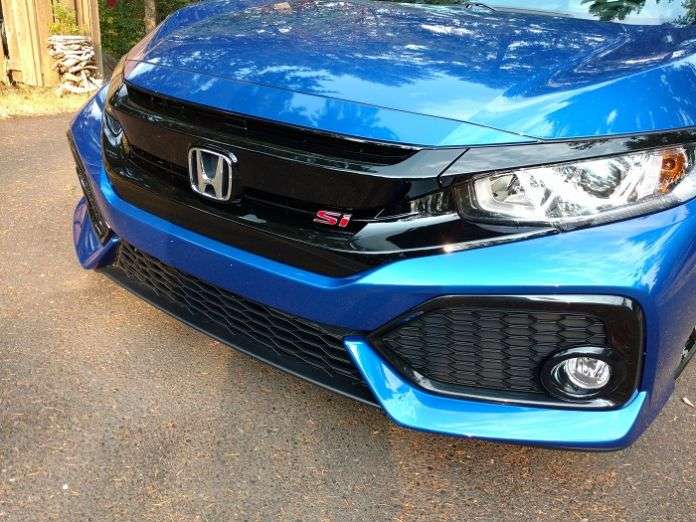 O.K., frankly, while driving Civic Si on the street, shifting speed doesn’t matter much. However, on the race track every millisecond counts in recording an improved lap time. In this video we’re taught a race-proven method of heel and toe, brake to throttle roll. Check it out.
Advertisement

Back in my 911 Porsche days, it wasn’t uncommon for me to get my size 13 clod hoppers wedged between the peculiar offset pedal control sets when power shifting. The trick then, as it is today, when driving Civic Si or any manually shifted car or light truck, is to keep your right shoe heel in a stationary position while transitioning the toe from brake to gas pedal. It sounds easy enough doesn’t it?

The tips learned in Motormouth Canada’s video are generally applied to “rev matching,” something that Honda builds into every 2017 Civic Si. However, the methods explained will reduce driver fatigue, as well as the occasional missed shift. As easy and forgiving as Civic Si’s 6MT is, it does come with a bit of a learning curve for those drivers that did not learn on a manual transmission.

Believe me, within 30 minutes of dropping in behind the wheel of Civic Si, and practice shifting a bit, manual shifting becomes second nature and fun. In watching the following video, you’ll learn a race proven quick shift, brake to throttle shoe transition, that will not only improve lap speeds, but take some of the fatigue out of driving a manually shifted car or light truck.

cj wrote on October 31, 2017 - 5:47pm Permalink
You probably meant speed shifting instead of power shifting. Power shifting is when you don't let off the gas when shifting. Also the Si doesn't have rev matching you said honda builds that into every Si but only the CTR has rev matching.
Parks McCants wrote on October 31, 2017 - 11:16pm Permalink
How ya doing CJ? Sooo many Honda's so little time: https://tiremeetsroad.com/2017/05/25/unofficial-first-driving-impressions-2017-honda-civic-si-delivers-name-sport-injected/