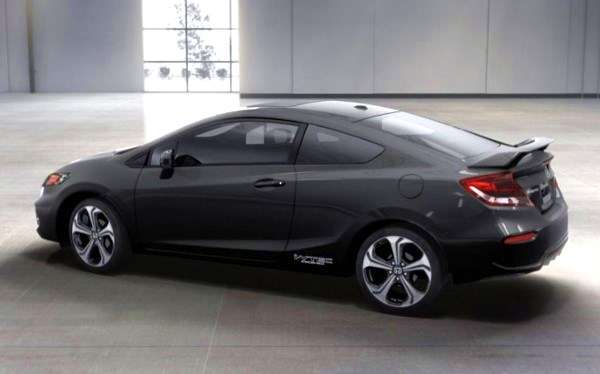 2015 Honda Civic ‘ACE’ body structure could save your life

Most of us never think about it until it’s needed, and hopefully it never is. Nonetheless, according to ASIRT, 2.35 million passengers and drivers are hurt, disabled or killed in U.S. auto-related accidents every year.
Advertisement

For those reading this article that have been involved in a serious automobile accident, you know that there’s nothing more key to surviving a major impact collision than standard featured active and passive safety features. Honda, a pioneer in vehicle safety, features innovative, airbag, brake, frame, ride stability and seat belt restraint systems in every model offered throughout the lineup.

Do other manufacturers feature similar systems, certainly! But looking to the specifications of competing auto brands, Torque news finds that Honda’s emphasis on driver and passenger safety is carried throughout the brand regardless of MSRP or trim variant.

Looking to Honda’s entry level 2015 Fit and Civic, one discovers the same standard safety features found on a fully loaded Accord or Acura TLX. How'd Honda Civic do when rated against the industry in the make it or break it in IIHS frontal crash testing?

Honda’s Advanced Compatibility Engineering ™ (Ace ™) frame and crash cage structure absorbs and then deflects impact forces from the cabin and occupants of the car; thus preserving the position of the steering wheel and other key structural components in relationship to the driver. ACE ™ works in unison with Honda’s self tensioning 3-point seat belts, dual staged, impact-sensing-variable-pressure- inflated front, and side curtain airbag systems to save lives.

If you've ever “locked up” of hydroplaned on the Highway in foul weather like we have, you know the advantage of ABS brakes. long an option on most ‘mainstream” automotive model offerings, Honda takes the highroad to safety, offering ABS (anti-lock braking system) braking with EBD (electronic brake distribution) standard featured on 2015 Honda Civic coupe and sedan.

Why you want VSA with traction control

Admittedly, when first encountered while driving Civic, one may think somethings malfunctioning in the engine or driveline. Here’s how VSA works: VSA will brake individual wheels and/or reduce engine power in the event of over or under-steer; thus, regaining control of the driver’s intended path. Working in tandem with traction control, wheel spin is all but eliminated, reducing possible loss of control and related impact accidents.