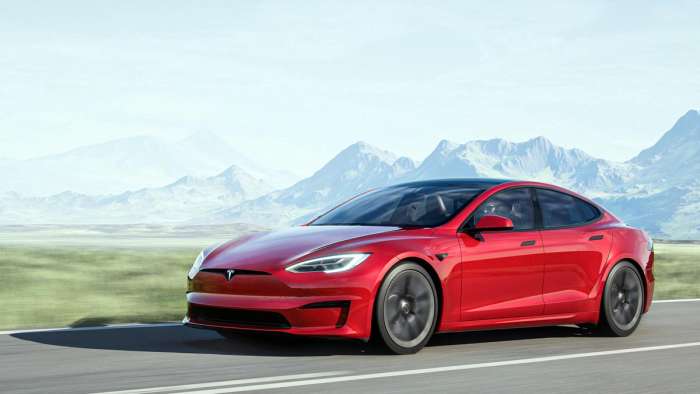 The latest software update for the newest versions of the Model S and Model X, called 2021.44.5, introduced us to a new feature - the Active Road Noise Reduction. If you have the latest Model S or the X, you can access it in the Audio Settings.
Advertisement

What does Tesla say about its Active Road Noise Reduction feature?

The Active Road Noise Reduction effectively reduces low-frequency road noise by "creating quiet zones near headrests". The feature is available only on the top-notch versions of the Model S and the Model X SUV. After a recent interior upgrade, these cars already have all the necessary hardware installed inside. 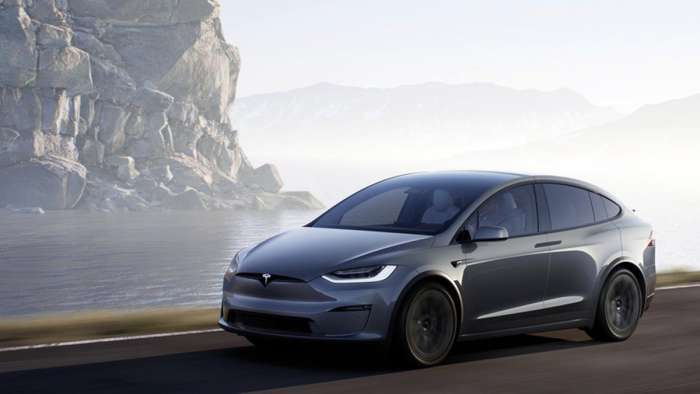 Some have already tested the feature and found that it is still somewhat subtle yet noticeable. Official Tesla explanation found on the list of improvements after the update says this:
"Your vehicle now has the ability to actively reduce low-frequency road noise while driving on rough surfaces. To accomplish this, the system uses the seat microphones to measure the noise in the cabin, then generates anti-noise through the speakers to create quiet zones around the occupants."

You must have heard about the Active noise-canceling headphones by now. This technology has been around in one way or another for more than a few decades. Today, you have it even with your Apple AirPods. The tech appeared in the auto industry sometime in the 2000s as an option for certain Honda models. Still, it became, sort of, mainstream in the US when Bose introduced it as Engine Harmonic Cancellation (EHC) in the 2011 Cadillac Escalade and Infiniti M.

Nevertheless, the idea behind it is clear - to cancel out or, at least, reduce unwanted sounds in the cabin, thus basically making the cabin a quieter place.
The actual reason why Tesla calls its system Active Road Noise Reduction is that the tech cannot cancel out all unwanted sounds. It can, however, reduce it by a bit. I would say that this shows Tesla's transparency.

To figure out how it works, I will, once again, shift your focus to noise-canceling headphones. The principles are the same.

Noise-canceling headphones can eliminate unwanted noise produced by the external environment while simultaneously playing the desired audio.
These headphones do this by using the microphone to measure the unwanted noise produced by the environment and then calculate an anti-sound wave. This anti-sound wave is added to the audio waveform (like the music you listen to). When the combined waveform plays through the audio, it cancels the environment noise.

As Wikipedia teaches us, "in physics, the sound is a vibration that propagates as an acoustic wave, through a transmission medium." In this case, the medium is the atmosphere around us. Now, if the headphones know what kind of sound waves are coming to them, they can produce a sound that cancels them out. You can see a microphone on the exterior of the noise-canceling headphones, which picks up all the exterior sounds. Then, the microprocessor inside the headphones calculates what kind of sound waves a headphone should produce to smooth and cancel out the waves inside the ear. Headphones can make that sound wave, thus canceling exterior sounds while playing your favorite tune. 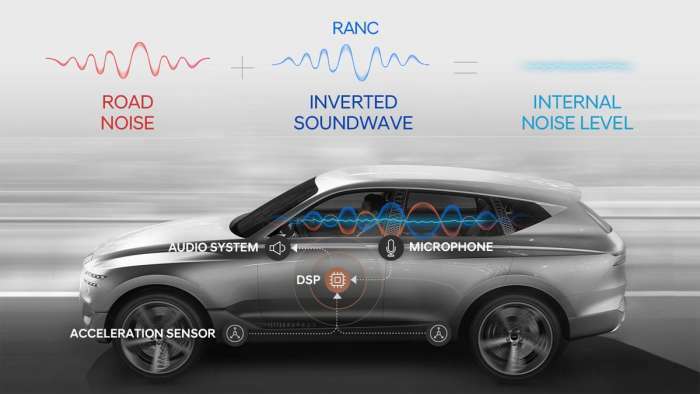 This is the principle Tesla uses for its Active Road Noise Reduction. The microphone they have put in the seat is precisely there to identify sounds coming from beneath the vehicle and actively instruct the chips to calculate adequate response from the speakers.

According to drivers who tested the feature, the tech works, but it is subtle. Tesla will likely continue to perfect it and release an update in the future.

Active Road Noise Reduction is available only for the high-end Model S and Model X. The tech could reach cheaper cars in the future if Tesla decides to install needed hardware.
This is a welcomed addition to an electric car.