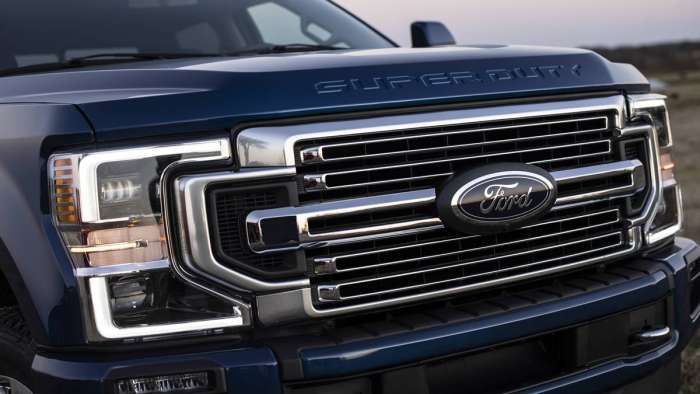 Ford's F-150 Lightning pickup is reshaping the way that some truck buyers are looking at the EV landscape, but buyers hoping to see some of this magic make its way to the work focused Super Duty got some coal in their stocking, with the company confirming that the automaker is not making one anytime soon.
Advertisement

The Ford F-150 Lightning is doing a good job generating headlines. Naturally, it has also started its fair share of rumors, with some of them suggesting that a work-focused Super Duty model will arrive for customers that need a durable steed for towing. Sadly, it's not happening, with Ford revealing that it's not building one in the foreseeable future.

At first glance, the idea of building such a creation is promising, with an electrically powered Super Duty potentially being the perfect complement to the 200,000 reservations that Ford has logged for the F-150 Lightning since it opened up the order books for the truck. But there appears to be more in play here this time around with Ford's President of the Americas and International Marketing Group Kumar Galhotra issuing a brief statement on the matter when asked by the press.

"At the moment, we do not have any plans to go into heavy-duty with battery electric vehicles."

While the quote does not reveal what is keeping the Super Duty from going to the green side, a peek at what the gasoline and diesel-powered versions can do provides a clue into some of the potential limitations that are holding a proposed BEV version back. A prominent part of Super Duty marketing is towing, with Ford proudly boasting the impressively high capacities that they have in this category. However, look at the F-150 Lightning's 10,000 lb tow rating, and the problem creeps up to the surface since it's roughly 4,000 lbs less than a non-electrified F-150. 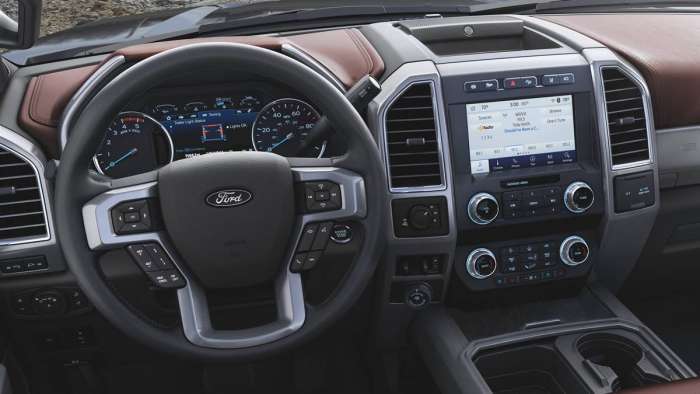 But while the F-150 Lightning gets a pass in this regard due to the inherent flexibility of the F-150's technology and its role as a lifestyle vehicle, the same limitations will hinder the Super Duty since these customers have higher expectations. A typical Super Duty model can tow up to 37,000 lbs when properly equipped, which allows it to beat rivals from Chevrolet and Ram. But towing that much weight puts additional stress on the engine and other components, which may be too much for any BEV Super Duty to endure.

As a result, if the same weight decrease is in play, an electrified Super Duty could, in theory, tow only 17,000 lbs. That would be a massive plunge and will undoubtedly be a big turn-off for shippers, ranchers, and other work-oriented customers that like having the security of a high towing capacity when out on the job.

Cargo hauling (another Super Duty bragging point) could also be impacted by a BEV conversion, with the BEV version possibly not matching the 7,850 lb rating wielded by other Super Duty variants. That would be another proverbial nail in the sales coffin and would keep even more buyers away.

While this development may appear to close the doors on an EV Super Duty for the moment, Ford could perhaps change its mind on the idea in the future. However, that will depend on what new advancements appear in battery cell technology and electric motors over the next few years, especially if they allow companies like Ford to eventually make a practical case for an electrified Super Duty offering.