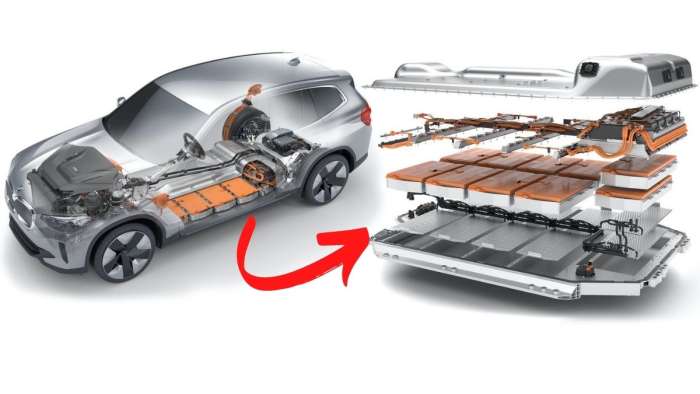 BMW is looking like being among the first auto manufacturers to test electric vehicles running solid-state batteries starting early next year.
Advertisement

BMW is said to be getting solid-state battery test cells in early 2022 from Solid Power. This is big news, and it excited the EV communities worldwide.

These solid state batteries have been touted as being smaller, with a longer lifespan, and most importantly, being safer than the current mainstream Lithium-ion batteries.

The electrical battery itself is not a new thing. Today's batteries are still essentially based on the early work of Alessandro Volta and Michael Faraday in the early 19th century. They used a stack of copper and zinc plates, separated by brine-soaked paper disks.

So what exactly is a solid state battery, now that it is becoming a new buzzword in the EV world?

Now, having electrolytes in solid form does not automatically give it any performance advantage. But the fact that solid things do not leak and spill all over can be expected to give it a natural advantage, and this is tye basis of the safety claims. Another hope id that the solid will be more stable and less affected by fluctuating temperature compared to liquid.

So it’s not a revolutionary concept. But there is a huge difference between a barely working concept and a commercially viable product.

To be recognized as being commercially viable, it needs to strike a reasonable compromise between effectiveness, safety, size, weight, cost, and environmental impact. These goals are not so easy to achieve, and they take a significant amount of research.

In fact, early solid state batteries had very low energy densities, which made them unsuitable for use outside of laboratory experiments.

Thankfully, lab experiments can also be where things sometimes turn out for the better.

In this case, at the University of Colorado Boulder lab. After an initial breakthrough with materials technologies, CU Boulder licensed this technology to a startup company called Solid Power via their Venture Partners program,

Technological breakthroughs are encouraging, but they still need further research and refinements to be commercially viable. This is where investors come in. Ideally, investors with a real commercial stake in the outcome, like BEV manufacturers.

One of the biggest upcoming applications for this tech may be Electric Vehicles, and several auto manufacturers are seeking competitive advantages by racing to invest in the companies developing solid state batteries. In the case of Solid Power, big investors came in the form of BMW AG and Ford Motor Company.

With solid state battery competitors such as VW-backed Quantumscape and Toyota-backed Panasonic also saying they are "just around the corner", not to mention Tesla's further refinements of their 4680 Lithium cells, the next few years promise to be a very interesting period indeed in the BEV technology race.

Yonathan Santoso is an autotech service supervisor mentoring a small team of technicians in maintaining and repairing a wide variety of road vehicles. He loves electric cars and reports electric vehicle news at Torque news. Yonathan can be reached on Twitter at @MbahMobil.

DeanMcManis wrote on September 20, 2021 - 11:08am Permalink
Solid state batteries are definitely cool, future tech. The question is how long it will take for automakers and suppliers to scale up production, and even then will it be cost effective/competitive?