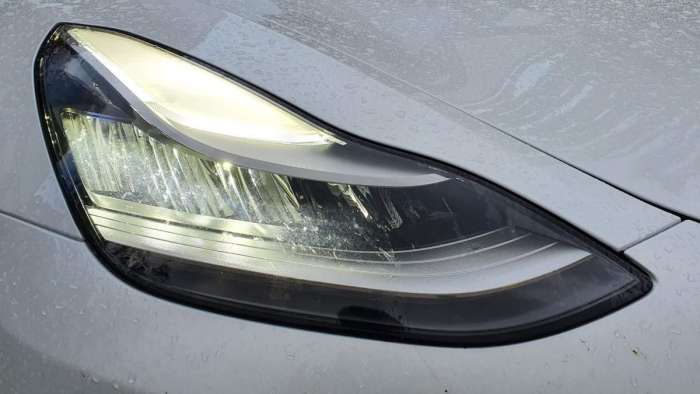 Tesla To Have The Best Headlights on The Market

Your headlights are one of your vehicle’s most important safety features: their brightness can be the difference between a clear view of the road ahead at night and the ability to detect other vehicles, pedestrians, animals, and obstacles and react in time to avoid them, and avoid being involved in an unfortunate collision because you weren’t able to see in the darkness. Tesla is updating the entire Model S, 3, X, and Y lineup with exterior and interior tweaks, as part of its overall update-refresh.
Advertisement

Since Tesla officially launched the Model 3 2021 refresh in October 2020, new headlights on the electric car were seen sporadically. However, the updated design has been inconsistently spotted in some markets but not in others. Hella, who will be supplying the Samsung headlights to Tesla, has an adaptive headlight system that gives more visibility in dark, challenging driving conditions. The adaptive headlight mechanism would increase the effectiveness of the headlamps on the Model 3 and Model Y. The Model 3 already has the highest rating for its headlights based on the IIHS’ assessment of the vehicle.

Based on the latest information at the time of writing, the Tesla Model Y and the 3 refresh are now offering adaptive headlights. For those new to this adaptive headlight idea — the lamps will follow the curve of the road and give a more solidified and lit up field of vision. The latest iteration of the Tesla Model 3 and Y headlights includes a projector lamp. Previously, Model 3 and Y headlights were fully LED. Feedback from Tesla owners might have pushed Tesla to migrate towards the more powerful projector reflector headlamps. Some Tesla Model 3 owners have confirmed that the new Model 3 headlights are ‘not xenon’, just projector headlamps. The updated headlight design feature is a more powerful and defined beam that has a squarer pattern than the previous Model 3 headlights. 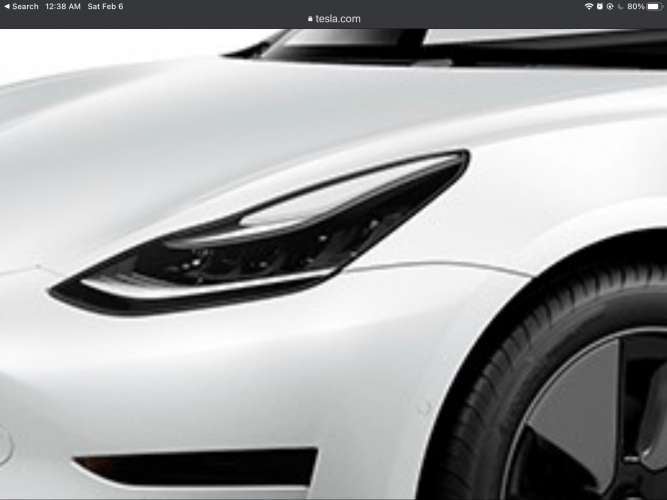 According to xenonpro.com, “… If your car is equipped with projector headlights, it is best to upgrade your lights to HIDs. Although LEDs will fit and work, from experience, they will not perform as expected. In most cases, your stock halogen bulbs will be brighter than LEDs in projector-type headlights “. Other vehicles like the Mercedes-Benz GLA have headlights that feature the same “XCERTV” code as the new Model 3. The luxury SUV from the veteran German automaker features headlights that have features like “Country Mode,” “Motorway Mode,” and “Active Light Function”. 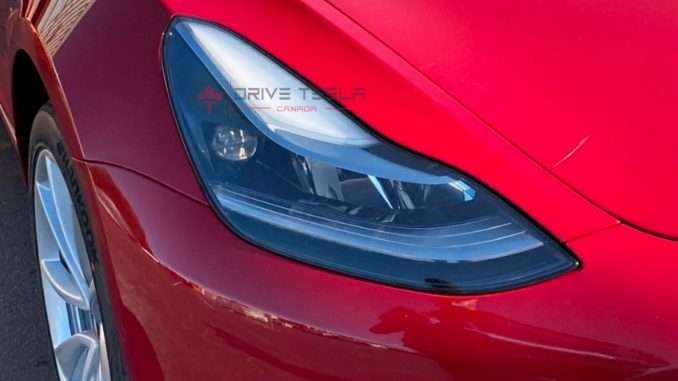 According to teslarati.com, the Tesla Model 3’s headlights received a “Good” rating, the highest possible score, from the IIHS due to their impressive visibility when testing on straightaways and curves. Among the cars that the IIHS tested, the Model 3’s headlights proved the best, hitting the right amount of illumination without being too bright for other motorists. A vehicle’s headlights can obtain one of the four IIHS ratings, “Good,” “Acceptable,” “Marginal,” and “Poor.” The car is then placed on a set starting point and rated in “Lux,” a unit of measurement for headlights. In order to obtain a “Good” rating, the headlight must provide 500 feet of illumination on a straightaway, and between 225 and 275 feet of light, all while emitting 5 lux of light.

Tesla seems to be trying to improve on perfection, making its cars even safer than they already are. We can conclude that, depending on some parameters, like the model, the market and the delivery date, Tesla will once again be ahead on the BEV competition, this time focused on a key feature: headlights.

DeanMcManis wrote on September 27, 2021 - 12:35pm Permalink
There are different types of adaptive headlights. My Cadillac has headlights that check for cars in the headlight's path and automatically dim or switch on high beams. Curve adaptive headlights either have motor driven headlights that track the curve of the road, or LEDs or light channels that can be activated to specifically illuminate road areas, but not blind oncoming drivers. It's definitely cool technology, but I'm not sure how vital it is, or how expensive it is to repair/replace.
John Goreham wrote on September 27, 2021 - 1:05pm Permalink
It's good to see that Tesla is trying to catch up to the less expensive vehicles its size. The Mazda3 and Subaru Impreza have offered curve-adaptive LED Projector headlights for years. And yes, they earn the same (highest) IIHS Good rating that Tesla's Model 3 does.
Nicolas Caballero wrote on September 28, 2021 - 10:06am Permalink
Well noted, thank you very much for the info.