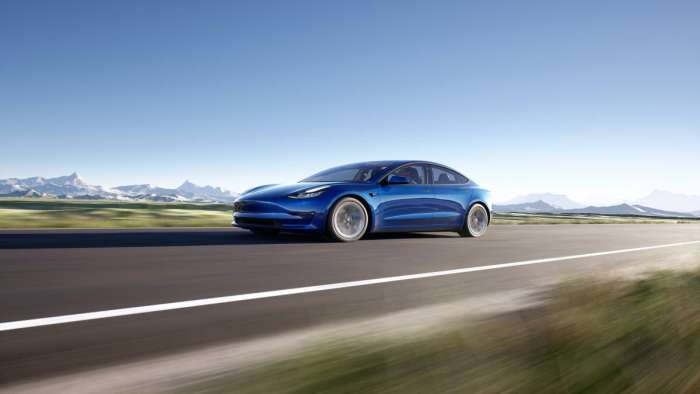 Will a Tesla Robotaxi Cause Riots in the Streets?

There is an interesting video, from Dr. Know It All, Knows It All, about Tesla robotaxis. It talks about how there could be a rebellion against robotaxis in several different ways. Let's see what these issues could be and if robotaxis are going to have opposition.
Advertisement

Will a Tesla Robotaxi Cause Riots in the Streets?

We have a video talking about FSD (full self-driving) from Tesla. Once Tesla starts building Level 5 robotaxis, will that solve the world and make great change instantly? If history is any indicator, particularly 19th Century British history, there could be some significant headwinds to this technological advancement.

The history mentioned here is the Luddites, 19th Century British weavers and textile workers who objected to the increased use of mechanized looms and knitting frames. These trained artisans feared the automation that was coming.

The people who see this now should save up their money and buy a Tesla or another self-driving vehicle options and operate it as a robotaxi. But, I don't think everyone will do that. There will be some people who see FSD and robotaxis as a threat and try to derail the movement.

What Could Happen to Robotaxis?

We could see people trying to thwart robotaxis by learning how they operate and blocking them in the street. People could also politically challenge it, stating that it's unsafe to have a computer and cameras driving a car. Some may even try to do damage to robotaxis that are driving around.

I don't think it will be a completely smooth transition - there will be bumps along the road as people realize they are out of their job they've had for a while. It's a scary thing to see that your job is going to be replaced. When people feel great fear, they can do things that they don't usually do - which often isn't grounded in good.

There could be vandalism of robotaxis. Damage could be done where groups of people collaborate to vandalise robotaxis - they could burn them, spray paint them, slash tires, and tip them over. Mobs of people trying to stop the robotaxis.

There could also be large scale rebellions where groups of large people destroy massive amounts of vehicles. This would be very bad and is against the law to destroy the property of someone else. There could be a delay of legislation against robotaxis if there is evidence of damage being done to robotaxi vehicles.

There is likely going to be a robotaxi accident. A driverless car will eventually injure, seriously injure, or kill someone. This could go to the courts and become a large issue for a company like Tesla that gets sued...

The first robotaxi accident without a driver is going to be another challenge to overcome. I think that even when it happens, it will still be overcome. I think the way to prevent this is to prove, with drivers in the car, that the technology is significantly safer than the average human driver.

A robotaxi is an incredibly disruptive technology to society and this won't likely come easily. But, I think it will be necessary, especially when it's proven to be much safer than human drivers - lives will be saved.

Sam wrote on May 4, 2022 - 11:35am Permalink
Jeremy. You need to go to any industrial place and see how robots are used. They all have a protective envelope, a mechanical barrier, that keeps humans safe. There is no difference between robot on weels and robot on production floor. You just need to study the problem more closely.