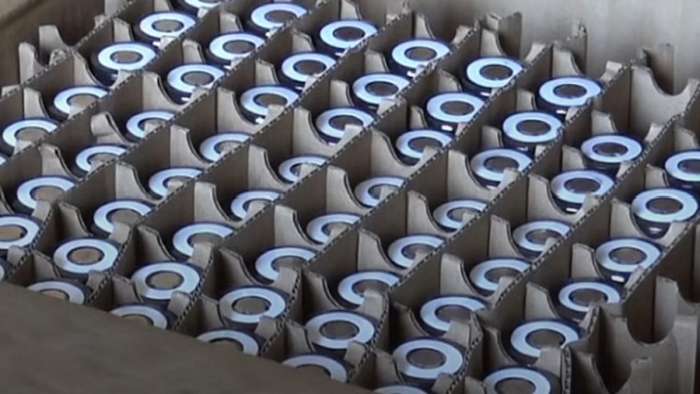 Tesla is getting LFP batteries in the US. These are lithium iron phosphate batteries and are much more safer and efficient than current batteries. This is a big deal and will allow Tesla to produce half a million vehicles a year extra.
Advertisement

Rumor of LFP Battery Deal with Large US Auto Maker

There is a Chinese battery maker, Gotion High-Tech, and they confirmed that they entered into a deal to supply the LFP (lithium iron phosphate) batteries with a large US automaker. This partnership will have Gotion supplying this unnamed US automaker with LFP battery cells. It is supposed that Tesla will be this automaker.

There was a filing on the Shenzhen Stock Exchange which showed this important announcement. VW is one of Gotion's share holders interestingly enough.

Why are the LFP Batteries Important?

The LFP batteries use more iron and Elon Musk has stated that they will have a better charge capacity and can actually charge to 100%. Elon has also stated that iron is an abundant mineral on the earth.

Tesla definitely seems to be the unnamed automaker here, but there is a chance it could be Ford, GM, or some other US automaker. The listing said it was the largest listed automobile company in the US and Tesla is certainly that.

Even though VW is a shareholder of Gotion, they are a German automaker, so the deal is not with VW. There is also a mention that there have been no prior relationships with the unnamed automaker involved.

200 GWh of LFP battery cells over 5 years is quite a bit of power. LFP cells are typically used for smaller and shorter-range vehicles, which is why they will be used for the base models of Tesla vehicles. This deal could help Tesla support production of over half a million EV's per year.

Them Huyen wrote on December 22, 2021 - 6:13am Permalink
I heard Vinfast Vietnam (but now registered in Singapore to attract IPO) is building the factory fir EV in California. Tesla, Apple will never move their prod from CN to US, these days all CEO have no care for the country, their role is simply making profit for the share holders