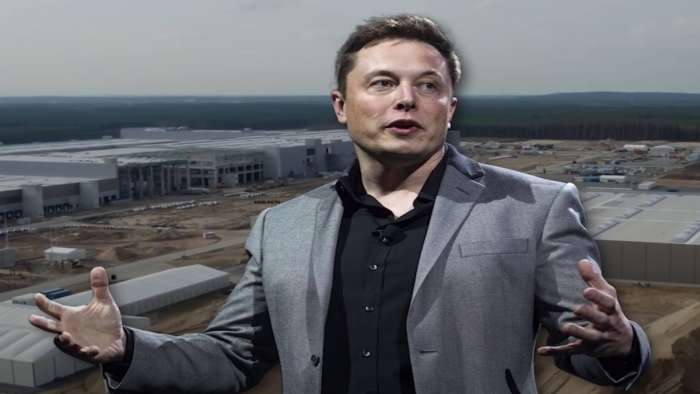 Is Elon Musk done selling his stock? Many are asking this question and we have the answer.
Advertisement

Much has been made of Elon Musk selling his stock and the drop of Tesla share price that has taken place with Tesla stock because of that selling. Is Elon done selling his stock? We'll answer that now.

To understand if Elon Musk is done selling his stock, we must look at how much he has sold since his announcement on Twitter that he would sell 10% of his stock. Luckily, there are people tracking his every sale and know the exact percentage of stock that he has sold. Let's look at Tesla investor and Future Fund manager, Gary Black.

As we can see, Elon is about 75% of the way there. If Elon were to sell shares this year, here is what an estimate of that might look like from another Tesla investor, Dave Lee:

Here's what Elon's final 3 days of exercising/selling this year could look like. This is assuming he wants to exercise all 22.8m of the shares he needs to exercise from his 2012 CEO compensation plan. pic.twitter.com/NNSCGp8wQO

As you can see, Elon would be almost done with his stock sales if he followed the outlined sales from Dave Lee, but nobody knows for sure if Elon is going to do that.

If Elon is done selling now, according to Gary Black, he could do another stock sale plan that could happen after Tesla's earnings blackout date in late January of 2022 and sell the rest then. If that happens, does that mean Tesla stock is going to go up? Not necessarily. Elon still has to sell his remaining shares at some point, but when will that be? Because nobody knows if he will sell the stock this year or wait until next year, I think the stock will face pressure for the remainder of the year.

This is something that I should have seen coming. When Tesla went back down to the low $1,100's, I bought some more stock thinking that was the dip, but it turns out, the dip is in the low $900's at least, and possibly could be more. Either way, I'm not too bothered because my long term thesis is that it will be worth many times over the amount it is now in the future.

Elon Musk will more than likely be totally done selling his 10% of stock by mid February of 2022. When that happens, when will he sell stock again? To answer that question, we have to look at his future compensation plans and Rob Mauer, from Tesla Daily, does a good job explaining these investment incentives in this video.

Let's look at the details. There is $500 million left in Elon's compensation plan of about $2.3 billion. What's nice about that is there is a lot less compensation Elon will receive over the next year or two. That means less quarterly cost for Tesla and more net income. This will likely take place in the first two quarters of 2022 with Tesla total revenue continuing to explode. Certainly by the end of 2022 it will happen.

However, the final revenue milestones will take a bit more time. $175 billion in revenue is the final goal for Elon Musk to help Tesla achieve. Tesla is at about $47 billion annual revenue and I don't see Tesla getting to $175 billion in revenue until Q4, 2023 or Q1, 2024. At that time, I expect Tesla's GAAP earnings per share to be about $19/share, which would put Tesla's P/E ratio at just 49, almost inline with other regular auto makers. This is why Tesla stock trades so high right now.

Typically, stock option plans last for 10 years from the grant date. In the case of Elon Musk, each time he is granted stock options, he has 10 years to exercise those options and pay the amount and tax to do so, or he will lose them. Therefore, I expect to see Elon Musk sell stock toward the end of the decade and beyond as more of his stock options expire. I think Tesla stock will be much closer to $10,000 at that time, but time will tell.

To summarize, once Elon is done selling stock by February, 2022, I don't expect we'll see him sell stock again for many years. But we should see him start to hit more of his CEO compensation levels explained by Rob Mauer and that will mean more future stock sales when he exercises those options.

Do you think Elon Musk is done selling stock for the year? What do you think about his stock sales to-date and his Twitter poll announcing that he would sell 10%?