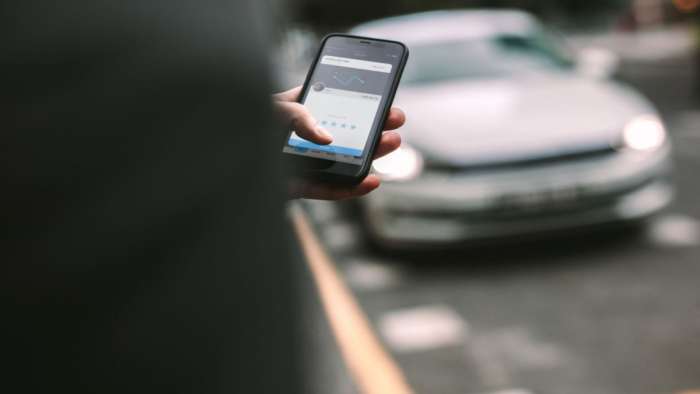 There is going to be a "land grab" of electric vehicles and autonomous software soon. With the news of Hertz buying 100,000, no make that 150,000 Tesla vehicles, along with a partnership with Uber, it makes one wonder what other car rental and ride sharing companies should do with their money. Should they buy Tesla vehicles? Let's find out!
Advertisement

Hertz’s Tesla order & partnership with Uber puts pressure on other car rental cos. I wouldn’t be surprised to hear similar announcements from them as well. What’s happening here in US may happen in other major car rental markets in the world. The snowball has started rolling. https://t.co/QS6YV0uyDq

There is Pressure on Other Car Rental and Ride Hailing Companies

With the recent Hertz announcement that they would be buying 100,000 - now 150,000 Tesla Model 3 vehicles, along with a partnership with Uber, all without FSD (full self-driving), there is now pressure on other car rental and ride hailing companies to do the same thing. If these other companies do not take action and put themselves in a future position to take advantage of what is going to be the future of cars (electric and autonomous), they risk falling behind and shrinking in size.

Electric vehicles continue to grow market share over time. If you follow Gary Black on Twitter (which if you aren't, go follow him, he has great stuff), then you will see that electric vehicle share of the market is accelerating and eventually, most vehicles will be electric. Tesla is far and away the leader when it comes to electric vehicles with all other legacy auto makers and current electric vehicle makers trying to play catch up.

When you see this Tweet, you see Tesla in the clear lead with its Model 3 and Model Y vehicles as it pertains to electric vehicles. No other auto makers is even close to competing with Tesla.

Did you know: Tesla also has many technological advantages, including a staggering battery advantage.

Let's look at the overall growth of battery electric vehicles. We can see this increasing very rapidly as well:

With overall growth of battery electric vehicles accelerating and Tesla sales and volumes accelerating, it is evident that everyone wants a Tesla. If you want to be the most competitive in both rentals and ride sharing, you're going to want to have a Tesla vehicle.

There's plenty of other car rental and ride sharing companies besides Hertz and Uber. The question is, will they see "the writing on the wall" and make the change and order electric vehicles? I think it makes a lot of sense to order Tesla vehicles, but those companies may want a different brand or style of vehicle besides Tesla so not as to blend in with Hertz and Uber.

Then again, once the company gets these Tesla vehicles, they can paint them and make them look however they want. I think they should buy the Tesla vehicles and decide what they want to do with how they look.

There are a few alternatives to Tesla, but none have the technological advantages that Tesla does. Let's look at these options:

Lucid Motors is starting a launch event at the end of October, 2021 and will start to deliver cars to customers. That is great news. However, the numbers are so small, that a car rental or ride sharing company won't be able to make any kind of dent in their vehicle fleet from Lucid Motors.

If Lucid Motors can start ramping up production quickly and reduce the cost of their vehicles in the next 5 years, they might be able to sell their cars to a fleet. But I fear that by that time, it will be too late and Tesla will already be at a level of production far and beyond what Tesla is today.

A company could, however, make a deal with Comma AI to buy units in bulk and then installing them in the vehicles should hopefully be a quick and straightforward process.

Regardless of what direction other companies besides Hertz and Uber take, there is one thing that is clear: the future is moving to electric vehicles and autonomous driving. It's just a matter of who will get their first. My bet is on Tesla.

LG's New EV Battery Plant Is a Welcome News for Tesla
Tesla Giga Berlin's New Hurdle: It's Not Only the Gov't, but Now Tesla Itself
END_OF_DOCUMENT_TOKEN_TO_BE_REPLACED