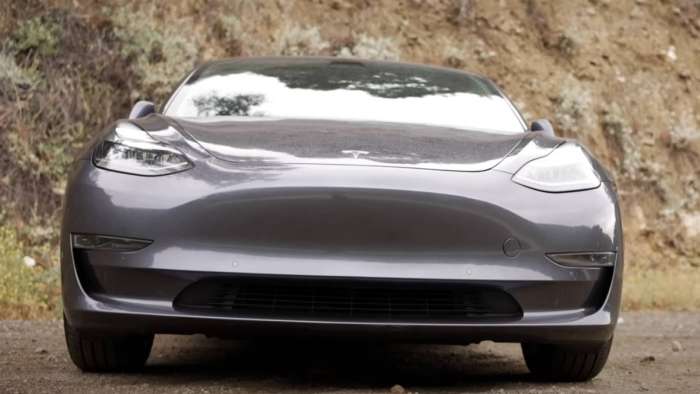 We've just seen a Tweet for a proposed $15,000 EV (electric vehicle) tax credit and this brings up a lot of questions. The reason for this Tweet is that such a tax credit would further accelerate EV adoption and reduce our dependency on oil and gas.
Advertisement

We have a Tweet with a proposed $15,000 EV tax credit, saying that President Joe Biden could really help eliminate inflation with this double incentive tax credit for EVs (electric vehicles). Is this a good idea? Let's find out.

Ross Gerber, a financial advisor from Gerber Kawasaki, which offer the $GK ETF fund, proposed that there be a $15,000 tax credit for electric vehicles, which would benefit Tesla and other EV manufacturers, making them more affordable for the masses.

A while ago, we wrote about how the EV tax credit would take Tesla to the moon. That was when the proposed tax credit was $7,500. When we wrote that article, we saw it boosting Tesla sales by a wide margin due to the increased demand.

Unfortunately, there hasn't been much in the way of progress with the proposed tax credit for EVs over the last few months. Elon Musk even said that the tax credit bill should be deleted completely and not passed at all.

$15,000 would be a huge incentive and would have to be based on certain incomes only. Lower incomes would get the $15,000 full credit while higher incomes should get $7,500 or less. It wouldn't make sense to give this much of a credit to a family making $500,000 for example.

If a $15,000 tax credit were passed for EVs, Tesla would, unfortunately, have to raise its prices. This was a reality that we discussed in a previous article about the tax credit bill because it would further increase the demand for Tesla's vehicles. Tesla's earnings and profits would rise if such a bill were passed due to the increased margins and sale prices.

With that increased demand, you could see wait times of several years just for a Model 3 or Model Y. This would not be acceptable to Tesla and they would raise prices until the order backlog reached 6 months to a year.

I don't agree with having an EV tax credit at all, even though I would benefit from having one for my upcoming Tesla Model 3 purchase. It would be nice to save $7,500. There's a chance that could get passed this year, but I'm not going to hold my breath for it. I think the U.S. government really needs to cut spending drastically in order to reduce its debt...

Biden could do some things to lower inflation right away. He should eliminate the Trump Chinese tariffs as they just tax American businesses. That would be big. Secondly he should immediately give everyone the incentive to buy an EV and double the credit for EVs to $15K. $TSLA

Do you think there should be a $15,000 tax credit bill? Would this help accelerate EV adoption?

Timothy Parker wrote on June 21, 2022 - 8:01pm Permalink
It should be $0. There are waiting lists for EVs. There is no shortage of buyers. An incentive would have NO effect on EV adoption at this point. It makes no sense for the government to give away money it doesn't have to people who don't need it for a purchase they would have made anyway. Much better to use that cash, if we must, to build out charging infrastructure, which at some point will be needed to overcome consumer reluctance when EV production eventually catches up with demand. But, that won't be for years.
Dan G. wrote on June 22, 2022 - 8:16pm Permalink
I think there should definitely be a $0-$15k federal tax credit or rebate for first-time EV buyers only, and based heavily upon income. The upper income limit should be no more than $150k, for example. The tax credit/rebate should go from $15k for those earning under $50k/yr, gradually decreasing linearly from $50k to $150k income down to $0. This would be fair and great for getting EVs going and getting us off of gasoline. This also would have little impact on Tesla because they cost more anyway and most people in the lower-income group couldn't afford them even with the $15k discount. I see the tax credit/rebate helping to get cheaper EVs into the system, and perhaps the definition of "first-time buyer" for getting the credit/rebate could extend also to used cars -- helping ease the problem of manufacturing new cars.