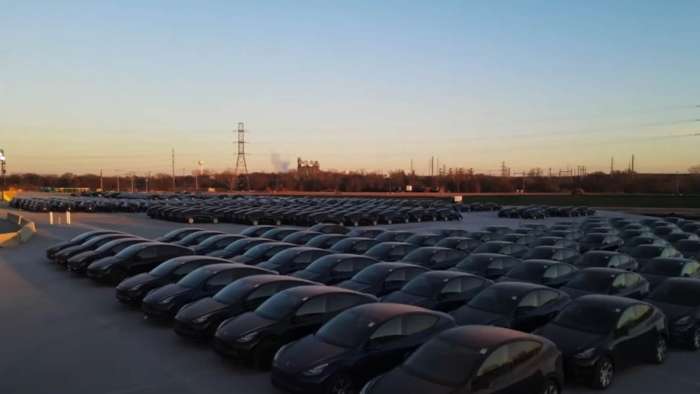 How Will Tesla Do During a Recession?

With a looming recession coming, how will Tesla do during this time? Will profits increase or decrease? Will Tesla's order backlog shrink? We have some answers we're going to share now.
Advertisement

How Will Tesla Do During a Recession?

With the economy likely entering or already in a recession, how is Tesla going to do when the economy contracts? You may be surprised that Tesla will still consistently raise prices and sell out for many months for every vehicle they make.

Tesla recently increased prices for its long range and performance vehicles. This is a very bullish sign and the reason is, Tesla still has a large backlog on their order books for these vehicles and their standard range vehicles.

Each time Tesla raises the price on their vehicles, this adds to Tesla's margins and profits. It would not be surprising to see Tesla right now, hitting their highest production numbers that they ever have in their history. In fact, Fremont is at its highest rate of production, ever.

Even though Tesla's stock is going down, the fundamentals of the company are still very sound. Were I to see the order backlog times start to shrink and only be a couple months long for their most popular vehicles, then I would get concerned. But not until then.

Future of Tesla in a Recession

We see right now Tesla producing a record number of vehicles, raising prices of its higher end vehicles, and the ramping up of two new factories, Giga Berlin and Giga Texas. But, what happens if there is a recession that lasts another year or two. How will Tesla do then?

I think Tesla will still do well in this environment because their products are superior and they continue to improve manufacturing and find innovative ways to cut costs. In a recession, this will help Tesla. Here's why:

When legacy ICE auto manufacturers have to deal with a recession, that means people will be thinking much more thoughtfully about their next vehicle. In a recession, why would someone buy an ICE car when the trend toward sustainable energy is rapidly growing? I believe people will consider an electric car MORE in a recession and not less.

Tesla is the clear winner here and even if people can only afford the standard range, LFP battery, Model 3, that is still an amazing car. I also think Tesla will bring back the base Model Y from Giga Texas for mass production instead of delivery to just a few select customers. This will be another affordable car in a recession.

In addition to that, the supplies and materials for the base range vehicles for Tesla are much more abundant and not as expensive, allowing for Tesla to keep costs low for these vehicles, thus, I see Tesla fairing very well in a recession.