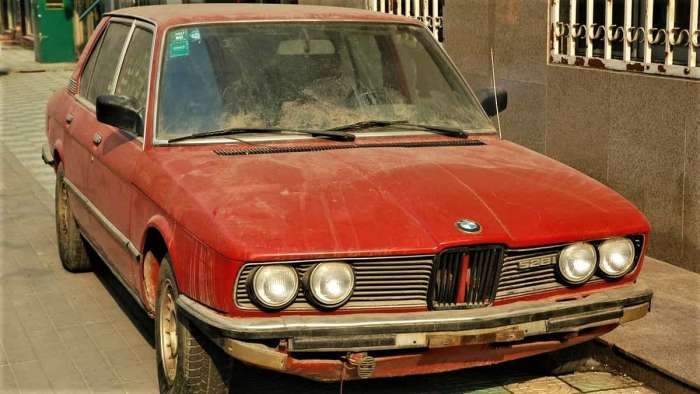 What to Do with a Used Car That Needs to Go

Do you have a used car in such bad shape that at best you can expect only a few hundred dollars from an ad or trade-in; or at worst, $50 at a salvage yard selling it? Turns out that old used car can be your opportunity to fulfill a life-long dream or bucket list goal. Here’s how.
Advertisement

Getting Rid of that Lemon

We’ve all been there at one time or another: possessed a used car for many years that now is time to put out to pasture, or have bought a real lemon that no one in their right mind would take off your hands.

Related article: Consumer Reports Shows How to Be a Winner and Not a Loser When Selling Your Used Car

The crux of either matter is that we want to see some value from our investment---or mistake---when we let go of that old car and move onto something new. But did you know that that old car can actually fulfill a lifelong dream or bucket list item of driving a real race car in an actual race?! Believe it or not, it is possible and not as expensive as you think.

Making Lemonade out of a Lemon

Today’s article is about the possibility of turning an old used car or lemon into a budget racer that you can actually run in…wait for it…not the famous Le Mans race in France, but the nearly equally as much fun "24 Hours of LEMONS" race hosted in multiple venues across the good ol’ USA.

The "24 Hours of LEMONS” race is a series of race events in which teams of at least four drivers compete up to 24 hours in a race consisting of old cars that have been purchased and made race ready with a budget of $500 or less. If a vehicle is found to have exceeded the budget, severe penalties such as lap counts are levied against the team’s performance on the track.

While the $500 entry limit seems impossible, it is important to note that the cost of safety-related equipment such as roll bars, tires, fire suppression equipment etc. are not included in the dollar limit. Furthermore, many entrants in the process of stripping down an old used car to lower its race weight, can sell off any parts from the vehicle to lower the costs toward building their budget racer while making it race legal.

However, do not mistake this race as a dangerous prank. In fact, in spite of the levity of the race it is governed by rules to ensure that the vehicles are not unsafe under racing conditions on a track. Whether the car’s engine can take the stress of redlining is another story. But the event itself is concerned with ensuring safety is being practiced among the teams and their vehicles.

In one forum about safety, one participant admitted that the "24 Hours of LEMONS” race is unsafe:

I feel safer driving on a racetrack than I do on the interstate.

The only fatalities found so far during a race were reputedly from heart attacks while racing---perhaps arguably the 3rd best way to go when you die.

So how do you get started? To have more of a feel about what it takes to build a budget racer by transforming your rust bucket into a bucket list dream, here is a recently posted ChrisFix YouTube channel, where Chris takes a 2004 BMW 330 xi with nearly 240,000 miles on it that he converts into an endurance budget racer for a “LEMONS” race event. The value of this buy in particular is that although he spent $1100 on it originally, he demonstrates how he was able to sell off enough parts from it during the budget build to bring his final cost to under $500.

Related article: Car Will Not Start? Here’s What To Do With These Easy DIY Fixes---Chris Fix video advice.

Even if you are not into racing, this brings up another point of what to do with a used car by parting one out for profit piece-by-piece as opposed to selling one it its entirety for much less. However, that is another topic for another time.

That said, here is the video posted below that is both entertaining and informative giving non-racers a peek into the world of racing.

What Happened to the LEMONS BMW?

For additional articles about used cars, here are two popular ones titled “Consumer Reports on How to Assess a Used Vehicle’s True Value” and “The Best Used Car Deals Mechanics Recommend Against Buying.”

COMING UP NEXT: Consumer Reports Best SUVs Under $35,000 That Come Standard with Active Safety Systems