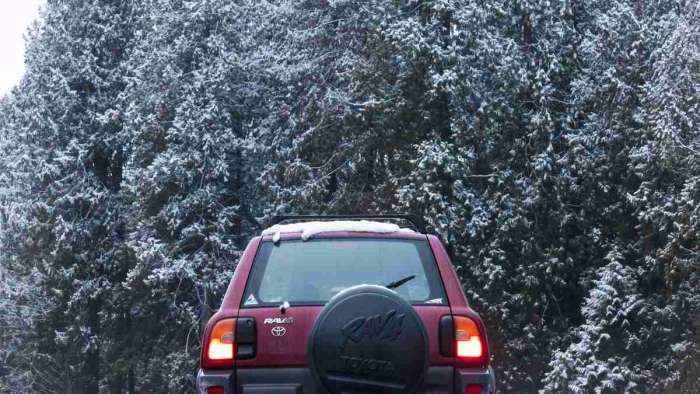 Are there deal breakers for buying a used Toyota Rav4? You bet. However, sometimes it is really a judgement call for the used car shopper. Here’s a good example of a Toyota Rav4 engine warning that used car shoppers need to know about toward making an informed buying decision and whether or not it is something he or she can live with if the price is right.
Advertisement

Used Car Shopping
There are many perils to buying a used car---even from trusted makes like Toyota that has a long and well-deserved reputation for building cars that last 300,000 miles or more.

Part of the problem (a big part actually) is that of the kind of care and maintenance that was provided by the used vehicle’s previous owner. And as such, we have provided many articles warning car shoppers about what to look for in a used vehicle, how to spot problems, and the value of buying a used car over a brand new one.

A smaller part of the problem, however, is that as models change so do the generations of the engine designed, of which some are not as well-made as others. This is particularly a problem when the defect does not manifest until years or thousands of miles down the road when the warranty has already expired.

A good example of this is an oil burning engine problem found in some Toyota models that otherwise were fine vehicles. Earlier we learned about the problems with the 2AZ-FE 2.4L engine in a Corolla as an example. The problem was due to the use of low-tension piston rings that were designed to decrease the load forces on an engine as the pistons drag against the cylinder walls.

However, this design showed its flaws after the vehicle aged a few years and that low tension turned into serious oil consumption issues due to excessive amounts of oil were eventually able to escape past the rings and into the cylinders.

In today’s article we are revisiting the problem with a look at a Rav4 model that was recently discussed on the Toyota Maintenance YouTube channel video where the host explains a similar problem with a 2007 Rav4 with 241,000 miles on the odometer.

In the video the host poses the question of whether or not this Rav4---despite its oil burning problem---is still acceptable and whether it is better to continue to have to add oil every 2 weeks? Should it be repaired? Or should it be totally avoided by a potential buyer?

For more about this oil-burning engine dilemma, here’s an informative video about the problem and the mechanic’s take on what he considers to be a reasonable course of action and why.

For additional articles related to Toyotas and oil burning issues, here are two for your consideration:

• Why This Toyota Camry is Burning Oil Diagnosis

COMING UP NEXT: Don't Make These Mistakes with Oil Filters Warns Toyota Mechanic