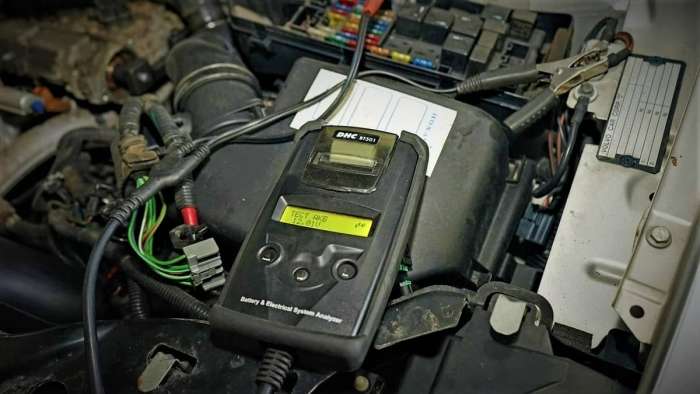 Do Not Fall for This Car Repair Reverse Scam

Sometimes, car owners can be their own worst enemy when it comes to car repairs. Do not fall into this trap described as a “car repair reverse scam.”
Advertisement

When a Little Car Repair Knowledge Can Be a Dangerous Thing

When I was a kid, one of my mom’s favorite sayings to me was “If brains were dynamite---we’d all be dead.” It was her loving way of reminding me that old saw about how a little learning is a dangerous thing.

The origin of my mom’s mangled saying is attributed to Alexander Pope somewhere during the 17th and 18th centuries; however, writers were well known to “borrow” from other writers back in those days. The researched quote is reputedly:

A little learning is a dangerous thing;
drink deep, or taste not the Pierian spring:
there shallow draughts intoxicate the brain,
and drinking largely sobers us again.

I especially like the last part “…drinking largely sobers us again.” ---no truer words have been spoken.

But I digress. Back to the article’s point.

Earlier we had discussed one of the pitfalls of car repair for mechanics who reverse de-engineer what another mechanic did previously to a vehicle before he or she can address the real problem afoot, of a vehicle that appears to be actively avoiding any attempts at running as it should.

However, there is another pitfall for mechanics as well when it comes to customers who either attempted a repair themselves and/or have diagnosed the problem themselves. Armed with some knowledge and with new parts in hand, they go to a mechanic and say something like “I know what the problem is. Here are the parts. Do the repair for me.”

Sounds crazy…right? But not unusual. Especially in the Age of Google and relatively cheap engine test equipment that has all the ingredients of an 8-year-old kid with a chemistry set about to burn a garage down. Oh wait…yeah, maybe that is what my mom was referring to.

The point being, sometimes car owners wind up scamming themselves as recently demonstrated in a Rainman Ray’s Repairs YouTube video where Ray contends with a car owner who is doing his best to make sure that no mechanic ever swindles him by relying on a cheap code diagnostic tool and a Google search to figure out what is wrong with his car.

That said, here is the video in its entirety that is a useful reminder that sometimes even car owners can be their own worst enemy given a little car repair knowledge and some (at times deserved) car mechanic paranoia.

For articles about car scams perpetuated by mechanics and car sellers, here are two selected articles titled “The Most Important Used Car Scam Everyone Should Be Aware About;” and “Avoid Getting Scammed with This Blown Head Gasket Tutorial for Non-Mechanics.”

Tesla Giga Berlin's New Hurdle: It's Not Only the Gov't, but Now Tesla Itself
Teslas Are Sold Out Until 2023, But The Timing May Reverse
END_OF_DOCUMENT_TOKEN_TO_BE_REPLACED