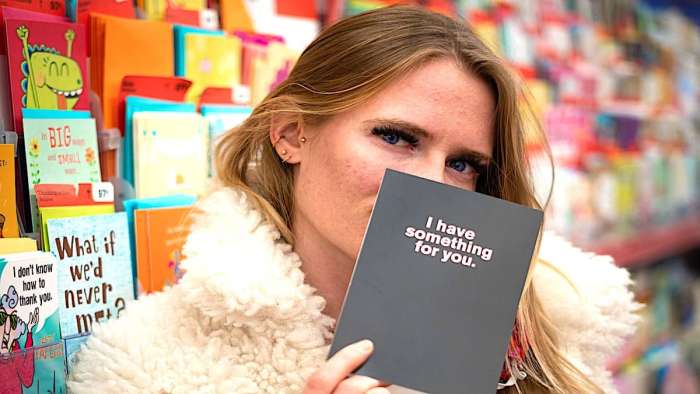 Here’s one use of Smart Summon you won’t find in your Tesla manual that helped one creative Tesla owner take care of a difficult part of his job.
Advertisement

A recent post on reddit caught my eye today and placed a smile on my face as I read how one process server came up with a creative idea on how to make his job just a little bit easier using Smart Summon on his Tesla Model 3. 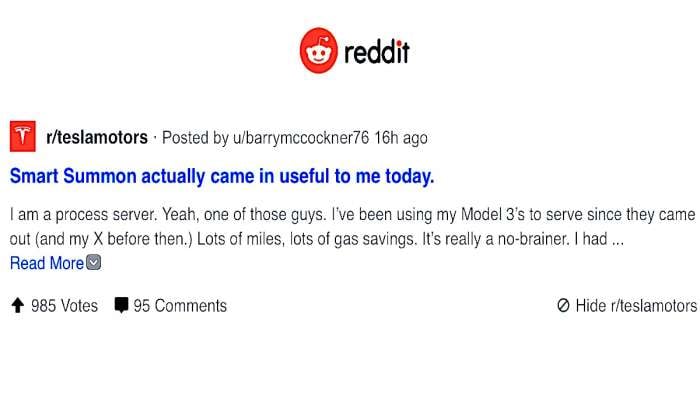 A process server is someone whose job is to deliver legal documents to an individual or party named in the action of a lawsuit or in a subpoena requiring a person to be present for testimony at a hearing or trial. The purpose of a process service is to ensure that the person served is made aware that legal action has begun and their participation is legally required.

The process server job seems relative simple: find the recipient and personally hand over a legal document to the person.

However, it’s not always an easy process to find and hand over legal documents. In many cases, a recipient knows that he or she may be served soon and will try to evade receiving any notice by becoming difficult to locate; or, just simply hiding in their home refusing to answer the door.

By law, process servers have general rules to abide by that include the following:

1. Breaking and entering is illegal, meaning that a process server cannot unlock a locked gate or enter a locked building without permission in order to serve papers.

2. In cases where the server cannot legally enter the property, he or she can come back at another time or wait outside until the receiving party decides to cooperate.

3. Outside of private property, process servers can deliver legal documents in public spaces, but not at a person’s workplace.

4. Process servers cannot harass or attempt to intimidate others into accepting legal documents.

5. A process server cannot pretend to be a police officer or other court official to force the person to open a door and accept a document.

6. Process servers can wait outside the home of a relative or friend of the intended recipient in hopes of serving the papers if the server believes that there is a chance that the served will appear there.

Last, but not least, process servers can…and sometimes do…resort to some level of trickery in order to get a person to open a door and accept the legal documents. A vision of someone knocking at the door saying “Candygram!” comes to mind, but I may be dating myself.

Below is one creative bit of trickery used by reddit member and process server u/barrymccockner76, who tells his story on how he managed to finally get a reluctant person to exit his house and get served his legal notification by using the Smart Summon feature on a Tesla.

I am a process server. Yeah, one of those guys. I’ve been using my Model 3’s to serve since they came out (and my X before then.) Lots of miles, lots of gas savings. It’s really a no-brainer.

I had some divorce related papers for a guy today that unfortunately knew I was coming. And I’d served him the original divorce papers so he likely remembered me and my car. Teslas aren’t exactly low key.

When I arrive he sends his dog out the front door and heads upstairs. The location was remote, down a long dirt road. He easily saw me coming. I knock. I call out to him. I call his cell a hundred times. For an hour I tried to get him to come to the door. This guy wasn’t budging. I truly believe he would’ve hid upstairs all day.

Then the idea hit me. Could it work? We deploy Pineapple Express style tricks when the occasion calls, but I never thought to use my car.

Out of view of the upstairs window I walk over to my car, open the door and shut it so he could hear (all his windows were pretty much open.) I then sneak over to the side of his house by the front door and pull out my phone.

Using summon I drive the car down past his house, it turns around and heads out down the lane, past a smaller farm house and out of view. That’s where the range limit ends and it stops. I wait about 5 minutes. Sure enough, I hear the stairs creak, he inches up to the front door to make sure I’m gone. I jump out and scare him half to death, giving him the papers. He actually laughed.

If you have an interesting story or anecdote about your Tesla, let us know about it the comments section below.

Photo by Intricate Explorer on Unsplash