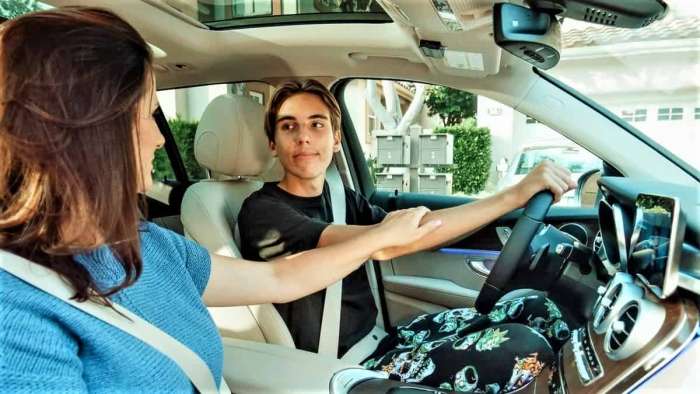 Here’s the latest on smart consumer choices when it comes to finding the best cars for teens that focuses on safety features and proven reliability in not just new car models but used models under $20,000 as well, recently recommended by Consumer Reports automotive analysts that are both affordable…and safe.
Advertisement

TEEN CAR CHOICES: IT’S ALL ABOUT SAFETY AND RELIABILITY

According to a recent collaboration between automotive analysts from Consumer Reports and experts from the Insurance Institute for Highway Safety (IIHS), the latest data shows that the fatal crash rate per mile driven for teens is about four times the rate for drivers 20 and older.

And while the numbers are largely attributed to many teens lacking the maturity and experience of driving safely, another factor is that not all vehicles are equally safe due to lacking the latest in safety features to help avoid being in an accident…or limit injuries should an accident happen.

There are a number of strategies parents use when it comes to providing a car for a newly licensed teen driver:

• Pass on the old family car because it anything happens to it, it’s not as big of a deal.
• Buy a cheap clunker for the same reason above.
• Lease a new vehicle for your teen.
• Buy a new car with the latest safety features.
• Buy a used car with at least some desired safety features.

The first three strategies listed are the least desirable for a smart consumer choice. While older vehicles will lose less value following an accident, they often do not come with much more than seat belts and a steering wheel airbag safety feature. Leased vehicles are a problem because lessees are heavily fined for ANY dings or scratches done to a leased vehicle.

The focus therefore is on the strategies of buying either a new or used vehicle for a teen, but with the caveat that not just any new or used vehicle will do. Rather, the focus on which car model possesses safety features and proven reliability to not only keep a teen safe but provide them with a car ownership experience that they will carry with them after they have left the nest and are on their own.

In other words, start them off right with a respect for their ride and how to properly operate and maintain a vehicle to make it last as long as possible. It’s one of those psychology things.

To help parents find the right car model with safety features and reliability that qualifies a used car as “a Good” or a new car as “the Best” choices, CR analysts with IIHS safety experts focused on the following criteria:

For a used car to qualify as “a Good Choice” CR analysts state that the vehicles must have:

• Above-average reliability for a majority of the years listed, based on CR’s member surveys.
• Average or better scores from CR’s emergency handling tests.
• Dry braking distances of less than 145 feet from 60 mph in CR’s brake tests.
• Good ratings in four IIHS crashworthiness tests: moderate-overlap front, side, roof strength, and head restraints.
• Four or five stars from the National Highway Traffic Safety Administration (if rated).
• Electronic stability control. ESC has important crash prevention and lifesaving potential. It became standard on all passenger vehicles in 2012 and was standard on many models before then. All vehicles have this important feature as standard equipment for the years listed.

For a new car to qualify as “the BEST Choice” for new cars CR analysts state that the vehicles must have:

• Good ratings in four IIHS crashworthiness tests: Moderate overlap front, side, roof strength and head restraints.
• Standard forward collision warning and automatic emergency braking systems.
• Average or better scores from CR’s emergency handling tests.
• A rating of Good or better by CR for controls that are easy to use.
• Four or five stars from the National Highway Traffic Safety Administration (if rated).
• Dry braking distances of less than 140 feet from 60 mph in CR’s brake tests.
• A curb weight over 2,750 pounds because small, light vehicles don’t provide enough protection in multiple-vehicle crashes. Despite their mass, many large SUVs don’t make the list as they can be hard to handle and often have long braking distances. Sports cars are also excluded as they can encourage dangerous driving.
• A designation as either a Top Safety Pick or Top Safety Pick Plus by the IIHS based on the model’s performance in key crash, accident avoidance, and headlight tests.
• A Consumer Reports recommendation, meaning that it meets our stringent standards for reliability, safety, and road-test performance, including achieving particular thresholds for braking and handling.

THE BEST NEW AND USED CARS FOR TEEN DRIVERS LISTED

That all said about safety and making informed smart buying decisions, here is a summary of the makes and models recommended by Consumer Reports starting with the Best New Cars followed by the Best Used Cars and then the Good Used Cars categories of recommended cars for teen drivers with current expected pricing and added reliability rating info:

For additional articles about buying new or used cars, here are a few selected articles for your consideration:

• Beat Dealerships at Their Own Game with This Car Contract Loophole

COMING UP NEXT: 10 Best SUVs and Minivans for Long Road Trip Fuel Economy