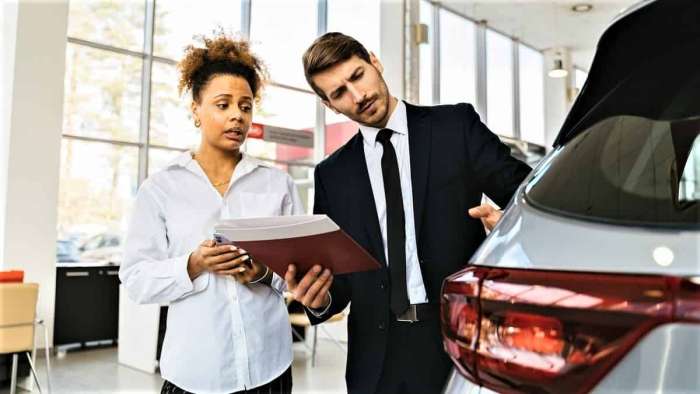 Beat Dealerships at Their Own Game with This Car Contract Loophole

Tired of dealership scams that insist you have to pay more, just because a car has added features you do not want? Turns out there is a loophole in some car contracts concerning these extras that actually can prevent the dealership from charging you more than you want---and possibly still get the add-ons!
Advertisement

The news of late has revealed that some car dealerships are tricking car shoppers into walking onto their lots after advertising what looks like a good deal on specific models of cars. However, what the shoppers discover is that the specific model and trim advertised is “mysteriously unavailable” due to someone presumably had already beat them to the advertised car.

"Mysteriously unavailable" is placed in quotes because reputedly some of those disappeared cars vanished within minutes of a call by a car shopper to see if the car was still available followed by a quick drive to the car dealership to snag the deal---only to discover the car is not there. It’s a poor ruse because anyone who has bought a car at a dealership knows that it is never a quick 10-15 minute in and out process.

Aside from lying to customers in this bait and switch type scam, is that the dealership then tries to sell you the same model (or one very similar), only that it is going to cost you more because the salesperson claims you have to be charged for any extra features such as protective undercoating or theft prevention features, etc. that were already added to this particular car.

What’s a car shopper to do?

According to a video released today from the Your Advocate Alliance YouTube channel, in some car contracts that you sign while filing the financial paperwork to seal the deal, there is a loophole in the print that can work in your favor towards lowering the final price.

Here’s the video that is less than 10 minutes long and can provide you with some very important information to take with you the next time you negotiate a car deal with a salesperson at a dealership.

Don't Get TRICKED by Car Dealers | Do THIS to Scare the @$!? Out of Them

For additional articles about buying a car from a dealership, here are two selected articles to help you get the deal you want:

• Negotiating in 2022 with a Car Dealer Scam Must Watch Video

COMING UP NEXT: Cheapest Pickup Trucks In 2022