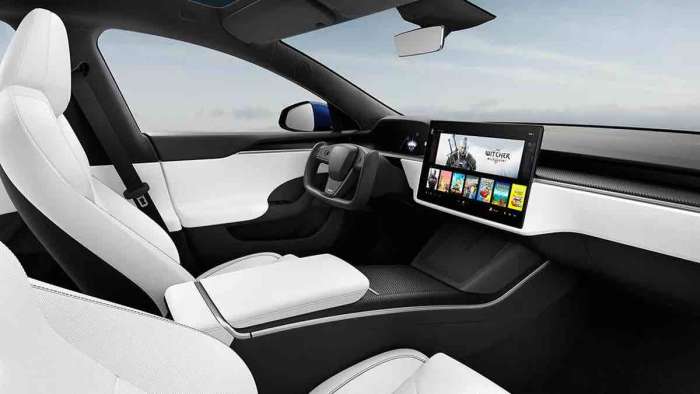 The Uncertain Future of The Model S and Model X

Tesla’s delivery numbers were finally released, and they exceeded expectations. Tesla delivered a total of 184,800 vehicles in the first quarter of 2021. However, they only delivered 2,020 Model S and Model X vehicles.
Advertisement

The Model S and Model X delivery numbers plunged downward to a mere 2,020 vehicles in the first quarter of 2021. Many analysts have pointed to valid reasons as to why this drop has occurred. They mention reasons such as the Fremont Factory fire, the pandemic, and the fact newly refreshed versions of the S and X are here. Parts shortages also contributed to the low production and delivery outputs. However, one important factor is being left out of the conversation. That factor is that the delivery numbers for the Model S and Model X weren’t that high last year either.

Check out this last article which analyzed the estimates of how many vehicles Tesla would end up delivering.

The refreshed versions of the Model S and Model X could bring demand up, but it’s not clear how much it would bounce back. The refreshed versions have the latest technology Tesla has to offer as well as updated interior finishes. Tesla added wood grain finishes on the center console and dashboard along with a yoke steering wheel. If demand numbers don’t bounce back substantially, it may be time for Tesla to consider what to do about the Model S and Model X.

Elon musk made a bold statement back in 2019

Elon Musk made the statement that the Tesla Model S and Model X would not be a big part of Tesla’s sales going forward. It’s looking like Elon Musk could be proven to be right. Musk seems to have thought that the Model 3 and Model Y were the way forward for Tesla as production and demand for those two models has gone up rapidly. The Model S and Model X demand has gone in the other direction. It did rebound in Quarters 3 and 4 of 2020 but has consistently stayed somewhat lower when compared to those two quarters.

The path forward for Tesla

Tesla seems focused on becoming a car company that is pointed more toward catering to consumers with an average income. This isn’t a good or bad thing objectively because the buyers have made it known that they are much more interested in investing in a Model 3 or Model Y.

What Tesla should think about

Tesla should not make any rash decisions, and suddenly discontinue the Model S or Model X. Some car companies have made the right move by discontinuing vehicles, and others have hurt their brand in the process. For example, Ford decided to axe all their sedans. The Ford Fusion and Taurus were not selling many units at the time and were seen as boring and outdated. This didn't hurt Ford, and helped them devote resources toward other models. Toyota decided to discontinue their flagship Land Cruiser SUV. The Land Cruiser didn’t sell many units, but Toyota ended up alienating some of its wealthiest buyers. Tesla is in somewhat of a similar situation. The only difference is that just a couple years ago, Tesla wasn’t a company that was dominant in the $35-40k price range. Tesla should think about why sales for the Model S and Model X have dropped off.

Why the delivery number dropped off

The delivery numbers for the Model S and Model X could have dropped off for a multitude of reasons. One reason could be that both cars have luxury features that some buyers don't want or need. Those luxury features help drive up the price of the car.

What Tesla should do

Tesla should keep the Model S and Model X in the lineup for now. Tesla shouldn’t drop the vehicles completely unless it is evident that there is no longer a market for them. Even if in the future the Model S and Model X only sell 10 or 20 thousand units per year, that is still enough to keep the cars in the lineup. At that point, they should just be considered as luxury options for Tesla.

Another option for Tesla

Another option for Tesla is to keep one car in the lineup, but not the other. This is a move that might make the most sense going forward. The car that would probably be the one to go in this situation is the Model S. Tesla could come out with a Model 4 to replace the Model S. This would be a car that is slightly bigger than the Model 3 in that it gives backseat passengers more legroom. The Model 4 would be priced slightly above the Model 3. Tesla could probably sell a lot of cars with this approach.

A Third option for Tesla

Tesla could add a Model 4 and have the Model S be re-badged as a Model 5. This option probably won’t happen as Tesla doesn’t necessarily want four sedans in their lineup just yet.

A possible future lineup for Tesla

badmonkey wrote on April 2, 2021 - 7:58pm Permalink
Tesla has become boring and their elon fan boy nation makes me hate the cars.
DeanMcManis wrote on April 3, 2021 - 5:54pm Permalink
Odd take on this news. It should be obvious that there will be a gap in shipped models when there is a major refresh like this. Sales were lower because the far cheaper Model 3 and Model Y were taking much of the new sales from Tesla's older models. And even without the top sales numbers, compared to the sales leading Tesla models, the Model S and X still were selling above most all other EVs for sale despite having only minor revisions over the past decade. Nothing can really be said about sales until the new Model S and X start hitting the roads. The exterior of these models are still largely unchanged, but the interiors are much improved, and the Plaid, tri-motor drivetrain promises to put their acceleration capabilities far above all other production vehicles in the world, regardless of price. Elon Musk said that the demand for these refreshed models was so high that they had to add another production shift to meet demand. But keep in mind that these $80K+ models are never going to be matching sales numbers of more affordable, mass market cars. And that is to be expected. These are Tesla's current Halo vehicles, and I for one can't wait to see the reviews of the upcoming production versions in the next month or two.
Peter Geisler wrote on April 24, 2021 - 11:41am Permalink
I waited 11 months for a 6 cylinder chevy camero in 1976. I ordered an S last week and they can't give me a delivery date till sometime in July. They get more mainline everyday.