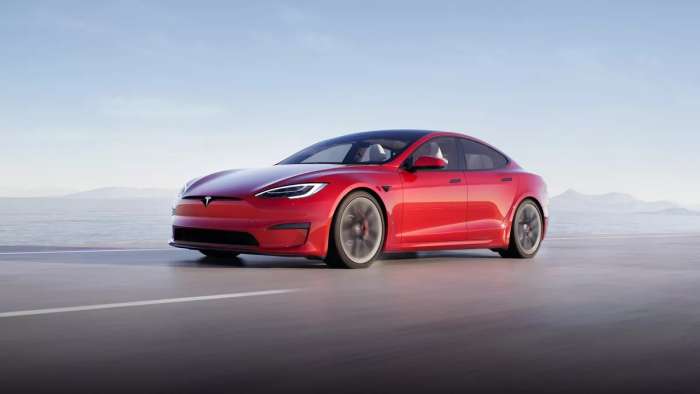 The refreshed Tesla Model S rolled out of the factory on a car carrier in Fremont, CA. This generated much excitement in different circles. Car enthusiasts and potential Tesla buyers are eager to see for themselves the latest of what Tesla has to offer.
Advertisement

What change? The Model S looks the same…

Yes, the exterior does look mostly the same. The real changes were made on the interior. It isn’t such a bad thing that Tesla kept the car looking mostly the same on the exterior. Others may disagree, but if you look at history, cars that undergo 100 refreshes in their life cycle aren’t often remembered as fondly. There are many exceptions to that though. The Jeep Wrangler has always had the same exterior design. It’s the interior that was made more modern over time. The same can be said with a lesser extent with cars like the Dodge challenger and Toyota Land Cruiser. Since EVs are more of a recent phenomenon, Tesla is setting an example here. This shows that Elon Musk and the team who designed this car have confidence in the appearance of their cars.

The whole interior has been re-made, but perhaps the biggest change is the shape of the steering wheel. It is now a yoke shaped wheel, but getting a round steering wheel is still an option. This was covered in a past article on Torque News. Another notable change is the addition of rear jump seat option, which turns the Model S into a 7 passenger sedan. The infotainment screen is even more prominent in this refreshed Model S. It is a 17in screen that Tesla described as a ‘gaming’ computer. It also seems to look like one of those small TV’s that go on a kitchen counter. A big change that shouldn’t go unnoticed is the new interior upholstery. The new leather as well as the wood grain across the center stack and center console could lure buyers to Tesla who have been disappointed by their past interiors.

Charging times have been reduced once again, which is a huge incentive to go out and buy one of these cars. This car does not get the whole 4680 cell battery pack but even without that charging times are still reduced over the previous design. This new model S can charge up fast and get 200 miles range after being plugged in for just 15 minutes. This is a good step that has been taken as Tesla works towards a larger 4680cell battery pack.

Tesla scrambling to get the cars delivered

The first quarter is ending soon. The car is about a month behind schedule. Tesla wants to get the cars out to consumers and fast in an effort to increase their first quarter profits. Even if the car makes more waves in the second quarter it still bodes well for Tesla.

Demand for these refreshed Model S cars is high and it’s easy to see why. This car offers things that are never before seen in a Tesla, or in any car for that matter. Musk confirmed that production is expected to ramp up over the next quarter to meet this growing demand. The Fremont factory was shut down for a few days due to a parts supply shortage, so this is a good way to rally from that by getting the Model S out the door.

What to look for next

The refreshed Model S will soon be in stock at Tesla retailers. Many are excited to see this car leave the factory. Let us know if you would consider investing in this vehicle and why.

DeanMcManis wrote on March 19, 2021 - 9:03pm Permalink
It is exciting news to hear that these new models are actually shipping out of the Fremont factory. I have a friend who is an active drag racer, and he has done over 777 1/4 mile runs on his Model S Performance, running mid 10 second times. This new Plaid model should drop a full second off of his 1/4 mile times, and leave only a few, trailered drag racers able to keep up. He still shows March as being the ship date of his new Tesla, and everyone who watches his races online are eager to see this latest Plaid model run through it's paces.