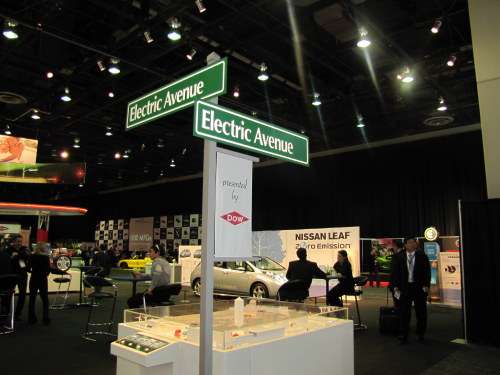 Automakers have strict ethics guidelines to keep product news secret these days. After all, with all the tech gadgets available today, you have to literally go out of your way not to communicate. So, it’s easy to understand how Renault could have its electric vehicle plans compromised, especially when it’s an alleged inside job.
Advertisement

For the record, all automakers have had their secret plans stolen or leaked at one time or another; even had some pictures placed on the web. For example, General Motors (NYSE: GM) found itself compromised years ago at the design studio by a contract photographer who opted to sell the pics to the highest bidder.

So, what did GM do? Of course, it punished all employees by disallowing any cell phones with video capture. It was a real challenge after that to buy a phone without a camera.

That’s not what happened at Renault, though. No, it involved direct managers. The article didn’t state how, just that it did; and further stated that an investigation was started in August, following an "ethics alert" sent to the carmaker's compliance committee.

The juicy details were obviously not released. However, Renault spokeswoman Caroline De Gezelle told the BBC, “The actions are serious enough to damage the company so that suspensions were necessary."

It appears according to the context, though, that Renault may favor full EVs over hybrids, which General Motors and Toyota, the world's two largest carmakers, have already shown they prefer. Still, that is a strategy position that can make or break a company’s product launch.

Renault is not the only party affected. Renault has allied with Nissan, which has also invested heavily in electric vehicle technology via the Leaf, arguing that pure electric vehicles are the best long-term solution to reducing carbon emissions from cars. For the record, Chief Executive Carlos Ghosn, heads both Renault and Nissan.

Despite the leak, Renault plans to launch a number of electric vehicles over the next two years.

There are plenty of books and programs about corporate ethics. It’s one thing to read about them, and another to live by them. In 1997, this author wrote, “Perfecting Corporate Character.” Not surprising, it never made the best sellers list even among the corporate echelons.

Fact is, the majority of corporate employees are law abiding and trustworthy. It only takes one, or three in Renault’s case, to compromise the trust. Still, corporations train and train, they guide and set down rules, but fail to realize that nobody can legislate righteousness. That is a function of character quality; and you usually don’t figure that out until it’s too late.

One final quote from the character book, “As a cause, character, individually and collectively, ranks above any and all corporate processes.”