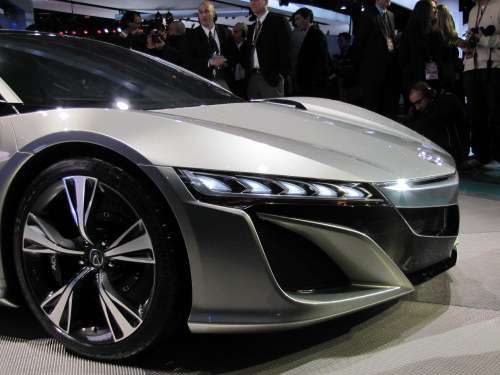 It’s been barely two months since the NAIAS 2012 that the Executive Committee of the premier auto show now announces the official dates for the NAIAS 2013.
Advertisement

So, mark your calendars for January 14-27, 2013, because it establishes the dates by which all of us can plan for the what is considered the premier auto show in North America, the North American International Auto Show 2013 in Detroit at its Cobo Center.

According to the news release which I received via email, NAIAS Chairman Jim Seavitt, who recently led the NAIAS Executive Committee to the Geneva International Motor Show, says there is already considerable excitement building for NAIAS 2013, which again is expected to host numerous industry announcements and global product introductions.

For the record, this year the show was held January 9-22, 2012; and TorqueNews was there. Simply search under the term “NAIAS 2012” or “Detroit Auto Show.” You will find a plethora of articles along with photo galleries and videos. Here are few examples from Press Preview: NAIAS 2012: Day 1 of Press Preview witnesses 27 vehicle unveilings and Acura NSX Concept thrills NAIAS 2012 Press Preview

Every year, certain days are set aside for the press so that the new reveals get covered. That will occur again in 2013. After that, comes an Industry Preview; then a Charity Preview, black tie event which raises money for local Detroit charities. Finally, the public will get its chance to view the new cars.

The schedule of dates is as follows:

Industry Preview will take place Wednesday and Thursday, January 16 and 17, 2013

NAIAS Chairman Jim Seavitt says the show will begin a week later in 2013 in order to move away from the holidays. This makes it more convenient for journalists and auto industry executives who travel from around the world to participate in the show.

"Each year our dates move up one day on the calendar so every five or six years, we need to make an adjustment, and push the show back one week," says Seavitt. "We do our best to keep some distance between the holidays and our opening, and many people have expressed appreciation for that."