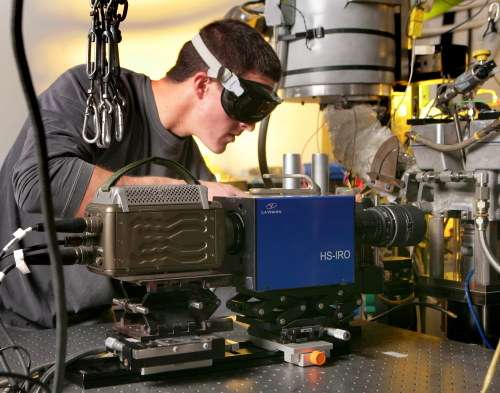 The Patent Board has ranked General Motors as the No. 1 innovator of 182 companies in its quarterly automotive and transportation industry scorecard.
Advertisement

The Patent Board announcement follows recent news that GM received more clean-energy patents last year than any other organization, according to the Clean Energy Patent Growth Index of U.S. patents. For the record, Torque News already reported on that announcement.

In addition, GM also ranked first in the automotive/transportation sector in the previous scorecard, published in January.

According to the latest GM news release, the Patent Board analyzes intellectual property performance across 17 industries and determines the leader in each sector based on measurements that include the number of patents, impact on the industry, and technology and science strength.

GM operates global engineering centers and R&D labs around the world and collaborates with academia, suppliers and startups to identify and develop new technologies. During the past 10 years, it increased its patent filings six-fold.

General Motors (NYSE: GM, TSX: GMM) is one of the world’s largest automakers, tracing its roots back to 1908. With its global headquarters in Detroit, GM employs 202,000 people in every major region of the world and does business in more than 120 countries.

View from the GM Tech Center

GM has been leading the auto industry and the country for over 100 years. It may have fallen down at times in the quality arena, but the drive to innovate has always there within its people. And the quality has returned higher than ever, allowing the company to compete on a the world scale.

A visit to the GM Tech center in Warren, Michigan, reveals Design Staff on the north end of the lake near Mound Road, with Engineering on the east end with the Vehicle Engineering Center (VEC). On the south side end of the lake, though, is a highly guarded building where research scientists do their thing.

Of course, GM collaborates with universities, as do other auto manufacturers. However, history shows GM developing breakthroughs of more than just automotive products at this facility. Many times I witnessed visits by a U.S. President or Vice-President, as well as other special visitors.

Here is where the first fuel cell for an automobile was developed in a Corvair Van. Later, it was applied to a standard Corvair. And now we have hydrogen-powered fuel cell vehicles making rounds on the property as well as the proving grounds.

Now, GM is working on engine developments like the Homogeneous Charge Compression Ignition (HCCI) which runs like a diesel except on gasoline.

And it was there that the lithium-ion batteries for the Chevrolet Volt were developed. Point is, GM is not decreasing its innovation; the company is increasing it.

-----------------------
About the Author: After 39 years in the auto industry as a design engineer, Frank Sherosky now trades stocks, futures, and writes articles, books and ebooks via authorfrank.com. He may be contacted here by email: [email protected]