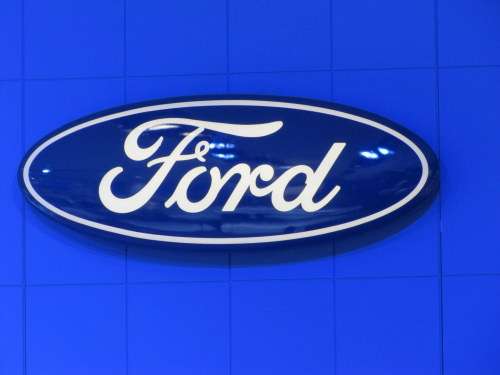 Ford Motor Company (NYSE: F) awarded CEO Alan Mulally $58.3 million in stock as a reward for the automaker's turnaround. Question is: Is this a return to business as usual?
Advertisement

Now nobody would question the outstanding job that Alan Mulally has done for Ford Motor Company (NYSE: F) since taking the helm as CEO. Of course, he did not do that all alone, but he did lead the company.

Simple question is, how do you put a price tag on a stellar performance for leadership in today’s economy?

Are we in such great shape that companies and CEOs can return to the compensation ratios of old? And even if lower, is it morally right to award one man with a compensation so far beyond average human labor?

I use the term compensation ratio, because that implies a relation to the cost of labor. I recall when I wrote “Perfecting Corporate Character” in 1999 that the ratio of executive pay to general labor at the same company was around 40-50:1. At the time, a few companies were starting to award 100:1 ratios of exec pay relative to an average laborer‘s pay; and I thought that was ridiculous. Of course, the Japanese model was nowhere near that; mostly in America.

According to various research sources, including IPS, the Institute for Policy Studies, American CEOs make somewhere around 263 times the average compensation for American workers. That is supposedly up from the 30 to 1 ratio in the 1970s when I started my own career in automotive. For comparison, the average compensation of a Japanese CEO is less than one-sixth that of their American counterpart, and 16 times more than the average Japanese worker. So much for American businesses using the global competitive standard.

So, the most hypocritical argument of the time was that management constantly stated their companies could not be competitive in the global market, pointing toward cheaper labor in Mexico, China and India. Of course, there was never any mention of using the foreign executive compensation standard as a model for American CEOs.

So, where is the fiduciary responsibility of the company board members? Fact is, at Ford as with most companies, the back-slapping selection is a simply a big-money boys and girls club; where girls get paid a lot but still less than men; go figure.

In the minds of the board at Ford, though, the price tag for Mulally comes to about $58.3 million in stock, of which Ford held back a considerable amount just to cover taxes. Net to Mulally was still an arousing $34 million.

Was Mulally worth that much in compensation? Heck, it wasn’t that far back that Ford was on the brink of bankruptcy. Sure, they got the credit line before the bank spigot shut off after the mortgage market fell; and that’s the only reason the company wasn’t found begging like GM and Chrysler at the government table.

Fact is, at that time Ford was burning cash just like everyone else; and a bankrupt GM and Chrysler would have bankrupted the supplier base and thus the industry. So, in no way would Ford have survived.

Point is, Ford needed the bailout as much as GM and Chrysler; they just didn’t need it directly, but I digress.

Another point is, seeing Ford cut everyone including suppliers to the bone, then awarding executive compensation so much higher than the working man is still a disgrace. And if you want a second opinion, ask a retiree who has a $5K annual deductible on his or her medical; better yet, ask a former auto worker who lost his job and all his benefits.

Anonymous wrote on March 8, 2012 - 8:24pm Permalink
After Alan Mulally took over the company over 100k people like myself lost a good paying job of 70,000-100,000 a year with medical benefits. Three years later I still have no work and my family continues to watch me lose everything. That year Ford gave Alan 36 million. I can't for the life of me understand the incredible difference in pay. Thanks Alan for throwing my family to the street and for saving Ford. That same year Mark Fields was flying home to Florida each weekend to see his family in the corporate jet!

Elon Makes a Cybertruck Statement With an Action, But Quiet in Words
Tesla's Record Month in China: Doubled Registrations in March 2021
END_OF_DOCUMENT_TOKEN_TO_BE_REPLACED