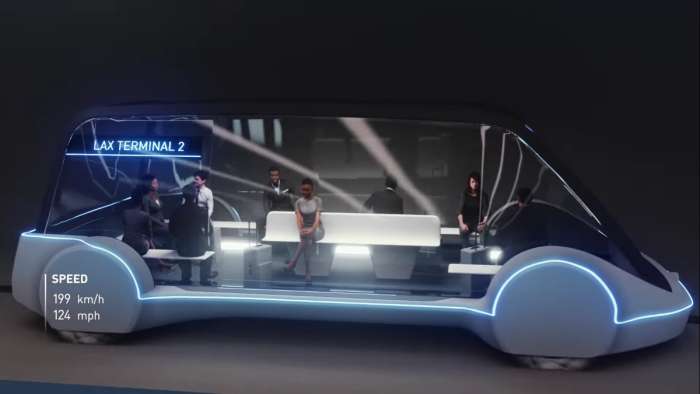 Elon Musk: We Will Make A Dense Tesla If It Matters

In a recent deleted tweet, Elon Musk brings life to the idea of Tesla building a high passenger density vehicle once again. This will presumably be for use for The Boring Company but Tesla could make it available to the general public.
Advertisement

Elon Musk, in a discussion about The Boring Company, once again opens the possibility of Tesla making a high passenger density vehicle. In a tweet Musk said, “We will make a dense Tesla if it matters”. This supposedly will be for the boring company’s tunnel but there is a chance Tesla will make the vehicle available for customers and municipalities.

In The Boring Company’s initial concept video, the company showed off passengers riding in fully autonomous pods. These pods had a unique all-glass design, were all electric, and carried around twelve people. And with Tesla, since Elon Musk is already working on electric powertrains and autonomous software, it was only logical that his two ventures work together.

The idea that Tesla will build the Boring Company’s autonomous pods came from Tesla’s second master plan. Writing in 2016, when Elon Musk laid out Tesla’s next ten year plans, he said Tesla will be producing a high passenger density vehicle. At the time, the vehicle was expected to be built on a Model X chassis.

Some good guessing by @Jalopnik. The Tesla Minibus will be built on a Model X chassis. People density potential is surprisingly high.

“In addition to consumer vehicles, there are two other types of electric vehicle needed: heavy-duty trucks and high passenger-density urban transport. Both are in the early stages of development at Tesla and should be ready for unveiling next year.” Musk said back in 2016.

However, after some thought Elon Musk started to walk back the plans. In a Ted Talk interview he gave back in 2017, Musk said when cars move to being autonomous there won’t be a need for a bus. The thought behind it being autonomous vehicles will cut down the price per mile traveled and massively decrease the inconvenience of shared transport. 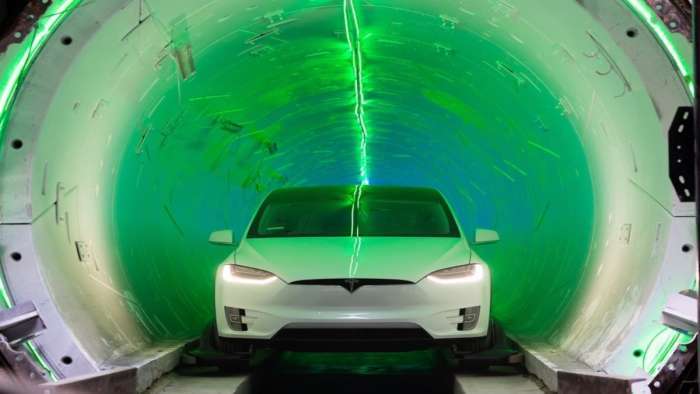 For the currently finished sections of The Boring Company tunnel, the company is using Model X vehicles. These SUVs are fully autonomous, and in the tunnels have reached speeds over 125 miles per hour. Ultimately, the plan is to have the vehicles reach a speed of 150 miles per hour.

One utility vehicle Elon Musk definitely wants to build is a van. Currently Tesla uses internal combustion vehicles for some of its mobile service and solar installation. There were discussions Tesla might get into partnership with Mercedes to convert the latter Sprinter vans into electric. But nothing came off those discussions too.

Maybe interesting to work with Daimler/Mercedes on an electric Sprinter. That’s a great van. We will inquire.

The future of Tesla’s high density vehicle is currently still uncertain. Elon Musk has deleted his recent tweet that has brought back hope to this vehicle. But as Musk hopes, in the long run, if Tesla starts to produce 20 million cars a year, I’m sure the company will once again take the idea of high passenger density vehicle a consideration

So what do you think? Do you agree with Elon Musk that autonomous vehicles will eliminate the need for public transportation? Also, would you want to take a ride in a high passenger vehicle if Tesla was to make one? Let me know your thoughts down in the comments below.