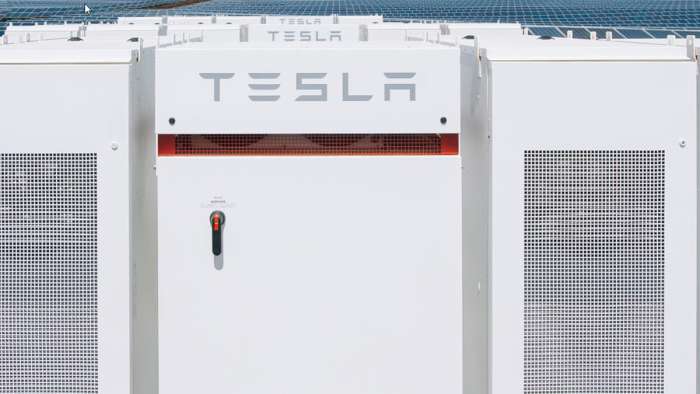 In this article, I’ll cover Tesla’s new pricing on the Powerpack used by commercial accounts and utilities and what that news foreshadows for battery day.
Advertisement

Tesla reduces the price of a single Powerpack to 27.2%

The old price of a 232 kWh Powerpack was $172,707, which was revealed less than 6 months ago works out to $542 a kWh. But the price of the battery is less than that since the price includes both a battery and a commercial inverter. Adding a second battery pack (also with 232 kWh of energy storage, but not a second inverter) raises the price by $77,068 to $202,861, revealing a retail price per kilowatt-hour of $332 for just the additional storage. 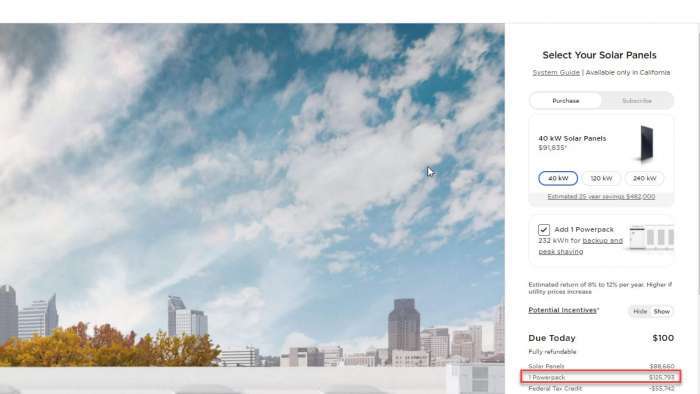 We recently wrote about how Electrify America is using Tesla Powerpacks to reduce demand charges from utilities for their fast chargers they are installing around the country.

The following text is from Tesla’s site describing how businesses can use this product keep vital operations running when the power grid is down due to weather events or power plants shut down unexpectedly. Another use is to save on their electrical bills or even use them to make money selling power when prices are high.

Backup Power
Add Powerpack to your commercial solar system and run your facility during an outage off of stored energy — keeping your lights on and your business running.

This is the first shoe to drop from Tesla on a day that is sure to see many other announcements, expected and unexpected. Check back during the shareholder meeting and battery day as we will be covering all the exciting announcements today and have expert analysis to make sense of what it all means for the future of transportation and clean energy.