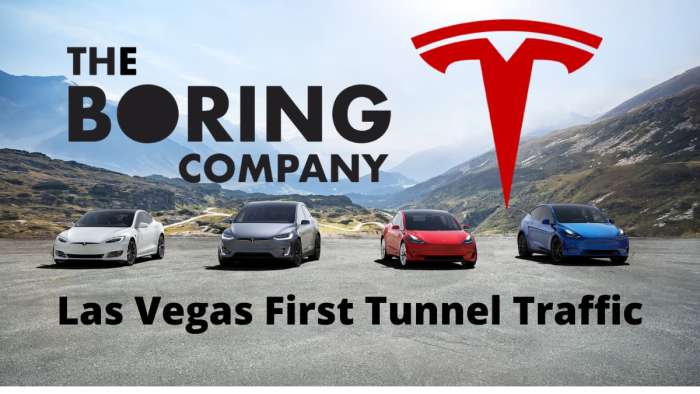 It was four years ago that Elon Musk decided that he had had enough of traffic problems, creating the Boring Company. Musk's goal is to build long underground tunnels that accommodate electric and sustainable transport that can run at high speeds.

The Boring Co
In 2017, the Boring Company started to construct a test tunnel that runs about a mile in length and ends up at the SpaceX headquarters in Hawthorne, California. The tunnel was inaugurated in late 2018, with Musk driving through it in a Tesla using pop-out guide wheels that helped direct the car through the tunnel. LED strips on the tunnel walls helped give information to drivers about what speed they should be going at.

Since then the construction of more tunnels underneath Las Vegas has been ongoing, and the new tunnels are almost complete. Today, two Tesla vehicles, a Model 3 and a Model X, were spotted by a security camera as they entered the tunnel. This is visible on this tweet:

It looks like Tesla has started to conduct trials inside the tunnels, and is preparing to inaugurate the new tunnels. The latest information released about the project was unsurprisingly from one of Musk's tweets.

When talking about what vehicle would be used for the transportation he said: "We simplified this a lot. It’s basically just Teslas in tunnels at this point, which is way more profound than it sounds." He was then asked about the future of the Hawthorne test tunnel, he made the following statement:
"It’s still there, but the focus is Vegas & Prufrock, our new tunneling machine."

Back in July, He revealed some renders of what a typical station would look like for the Loop transportation network under the city. It has a very sleek Teslaesque minimalist outlook. 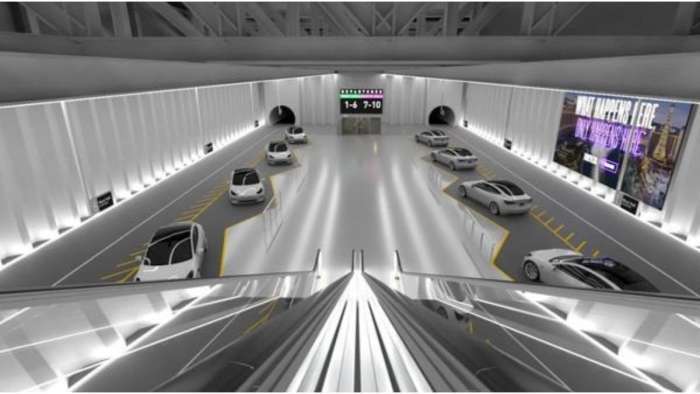 So far not much has been revealed regarding progress on Prufrock the new tunnel digging machine. We know that for that machine, they are working to increase the power by a factor 3, modify the cutter design, and add an automated segment erection system.

Improving Tunneling
Musk has stated that the tunnel building process only has about 10 minutes of mining per hour, as the rest is spent installing the reinforcement and adding power to the newly dug ground, removing the earth, and more.

The Boring Company thinks it can achieve a potential 15x improvement in the speed of boring versus the next-best boring technology by building a machine that can automatically add reinforcements and remove earth at the same time as they dig.

On February 23rd, the Boring Co tweeted a picture claiming Prufrock was alive, but it is unsure if the machine was implicated in the construction of the LA tunnels.

What does this tunnel network mean for Tesla owners? In Musk's opinion, it will drastically reduce travel time and in time congestion, with vehicles able to travel to 150mph. The Las Vegas network will almost certainly not allow private Tesla owners to drive through it, Tesla will supply the vehicles to the tunnels and operate them as a fleet.

How Tesla is involved
The vehicles will likely be modified Model Xs since they can accommodate the most passengers. The transport system is due to be completely autonomous acting like a sort of small, high-speed subway. It would be interesting to see the changes to self-driving programming that these vehicles will have. Maybe they will be fitted with extra sensors or, more likely, have a special software program added that will recognize speed cues and distance from other tunnel fleet vehicles.

Elon Musk seems to have plans to build an even longer tunnel that would link Las Vegas and Los Angeles. Tunnels are expensive, and one can only wonder how much this project would cost. Back in 2018, the Boring Co pulled a highly successful PR and funding stunt, selling Boring flamethrowers to people in the US. This enabled them to raise ten million dollars. Maybe they will attempt to try something similar if the Vegas tunnel proves a success. 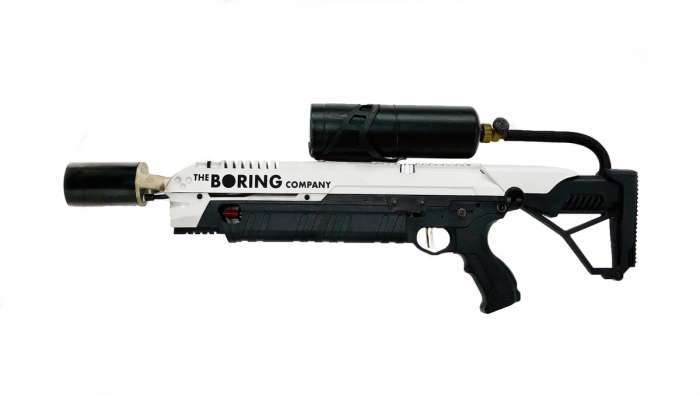 Over time, this operation could prove extremely profitable for both the Boring Company and Tesla: if they both charge a small fee for each car entering the tunnel or provide a monthly or yearly subscription program.

The cars spotted in Vegas serve as statements from the Boring company, they are moving fast and almost ready to inaugurate the Las Vegas tunnels. Where do you think the next tunnel will be built? Will it be the LA to Los Angeles extension? Please share your thoughts and ideas in the comments.
If you can't get enough of Tesla here is a link to my latest story.