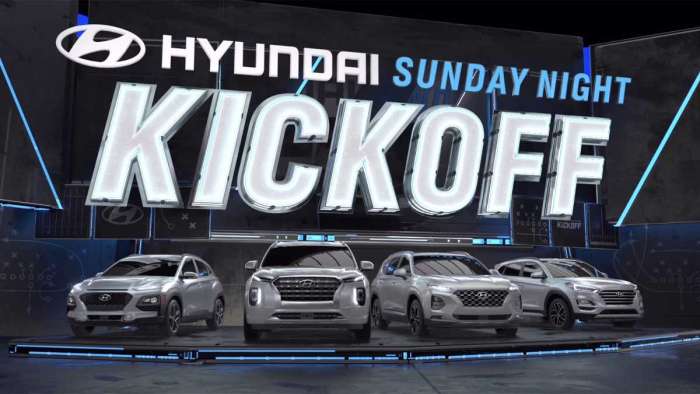 Hyundai Will Get Millions of Views from Sunday Night Football

Hyundai will be sponsoring NBC’s Sunday Night Football Kickoff show. This program is the most-watched primetime TV show, and Hyundai is a sponsor of this program, yielding the car maker millions of views.
Advertisement

NBC’s Sunday Night Football is the most-watched primetime TV show and has been for nine consecutive years. Hyundai will return as a sponsor for this program, which gets about 20 million viewers a week. Yes, you heard that right, makes the couple thousand views us car reviewers get a waste of time.

For Hyundai, Sunday Night Football is one of Hyundai’s signature sponsorships for creating awareness in the brand. Hyundai will focus on promoting the Palisade SUV, and this makes sense because Palisade sales have been on fire. Despite being one of the most expensive products Hyundai sells, it sells extremely well.

Hyundai plans for a content campaign known as a “Tailback Tailgate,” bringing two former running back greats together to tailgate behind the Palisade Calligraphy Edition. The players will talk about the games and have some good food involved. The Calligraphy Edition is a new trim added for 2021 and will be the fully loaded Palisade option. 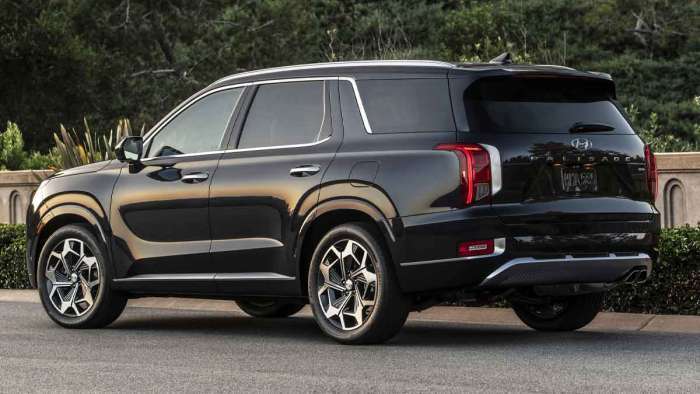 Other ways Hyundai will gain exposure as a Sponsor will be from branding elements such as logo animations, in-studio signage, and logo placements on the broadcast’s countdown clock. With 20 million eyeballs, the Hyundai logos won’t go unseen, that’s for sure.

So why does this matter? Hyundai is in dire need of a brand perception shift in the United States. Football is like a core foundation of American culture and to have Hyundai plastered all over during these games is excellent positive publicity for Hyundai. Despite all the quality products Hyundai has released, a little brand boost is still necessary.

Tsingshan's Threat to Tesla: EV Maker Is In Battery Crosshairs
Tesla-Funded Research Reveals One of The Biggest Mysteries of EV Battery
END_OF_DOCUMENT_TOKEN_TO_BE_REPLACED