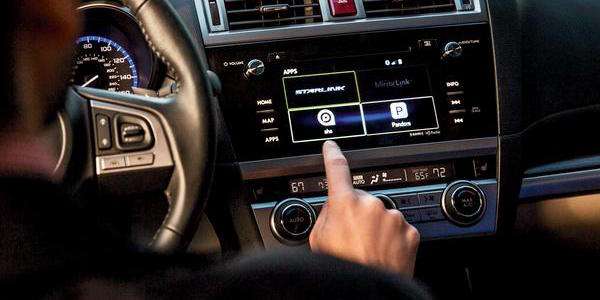 Would You Be Upset if Subaru Kept Changing Your Radio Channel?

What would you think if your radio station changed every time you turn off the car? It’s happening to 2016 Subaru Outback and Legacy owners.
Advertisement

It looks like Subaru is telling you the radio station you listen to may not be appropriate for young audiences. Owners who opt for SiriusXM satellite radio on their new 2016 Subaru Outback and Legacy models will have the radio station revert back to the SiriusXM preview channel every time they turn the car off, if they listen to adult content like the comedy channel.

What is going on with Subaru?

Automotive IT News recently reported that, 2016 Subaru Outback owner, Vince Patton, became increasingly irritated when his car radio kept switching stations on him. He listens to the Comedy channel and every time he turned the car off, it reverts back to the pre-set preview channel 001. Patton says he has to scroll through at least 36 of his station presets to get back to the one that been previously tuned-in. He confirmed this wasn’t an issue with SiriusXM, and found it was Subaru who had programmed this into his new Outback wagon.

Apparently, Subaru is trying to protect young family ears so they aren’t inadvertently subjected to anything that might be considered offensive. It’s reported that Subaru’s “extra layer of protection” can neither be disabled nor changed by the owner. It only comes on the Outback wagon and Legacy sedan models that Subaru manufactures here in the US at their Lafayette, Indiana plant.

What does Subaru say?

Here’s Subaru of America’s explanation as described in a Tech Tips bulletin: “The 2015 Legacy and Outback feature a newly designed range of multimedia head units. It is important to note, on models with XMSirius satellite radio, where the channel will automatically revert to the preview station at every key cycle if the unit is turned off while tuned to a channel that may broadcast content intended for a mature audience. This feature is not customizable by the user.”

Subaru spokesperson Michael McHale told Automotive IT News, the feature is intended as a family-minded feature. He told them, “We don’t censor anything. We don’t put the kibosh on any channels. Nor do we monitor what you are listening to. It was added as a convenience feature which to some might not be convenient, but two clicks and your station is back on.”

Patton doesn’t have any children and is miffed that every time he gets in the new Outback, he has to change the channel back to his favorite Comedy program. He says, “Subaru has no business monitoring what I listen to and resetting my radio every time I turn off the car, when, in Subaru’s high and mighty opinion, I’m listening to something questionable. I don’t need Subaru censoring me every single time I turn off my car.”

Subaru has installed this feature on all new Subaru Outback and Legacy models manufactured here in the U.S. that include all 2015-2017 models. It may be a good extra layer of protection for families, but Subaru needs to have an option for owners to disable the feature.