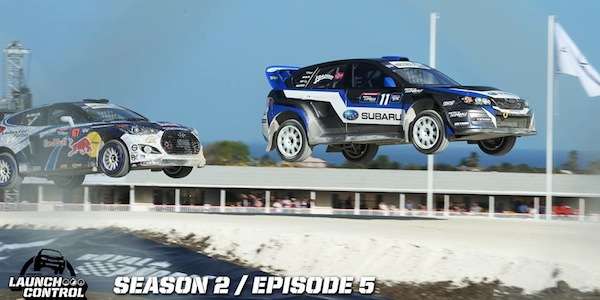 Will Subaru WRX STI finally be able to compete at Global Rallycross? [video]

Vermont SportsCar handles all facets of the team

Since 2005 Vermont SportsCar has had official support from Subaru of America, and in 2006 together created Subaru Rally Team USA. Vermont SportsCar handles all facets of the team, including the build of the team rally cars. The team rally cars are built nearly entirely in-house, including the shell prep, roll-cages, engines and many of the composite parts.

The team has been highly successful in the Rally America National Championship and won in 2006, 2007, 2008, 2009 and most recently 2011, 2012 and 2013. Additionally, under the Subaru Rally Support Program, Vermont SportsCar administers a Subaru contingency program for privateers at each round of the Rally America National Championship. But Global Rallycross is a different animal.

Can Subaru compete with VW and Ford?

But this year, it looks like the all-new Subaru WRX STI Global Rallycross cars are able to compete with the high-powered teams of Volkswagen and Ford. In Barbados, Sverre Isachsen didn’t win, but thrilled the crowd in a battle with rival Nelson Piquet JR challenging from behind.

At Red Bull Global Rallycross X Games in Austin, Bucky Lasek was able to bring home a Gold medal with a second place finish. Even though Travis Pastrana was expected to be the Subaru driver who would contend for a medal, it was Lasek who was in the final race for the Subaru team and pulled off a Silver medal in the final round. Having advanced to the final with a third place finish in the Semi-Finals, Lasek found himself in the Final race with an un-enviable position on the back row of the six-car grid. Lasek drove a great race and reeled in 2nd place Nelson Piquet JR after each lap, until Piquet JR mistakenly took the Joker lap twice, and was subsequently black flagged.

Patrick Rall wrote on June 16, 2014 - 11:33pm Permalink
Sverre needs to stop playing bumper cars in every race and focusing on gaining positions without keeping every car he passes behind him with physical contact. He is the teams best chance for winning...but not if hes always playing bumper cars with every car that passes him.
FillEmbog wrote on November 26, 2016 - 4:56am Permalink
Good post about popular location. I finally thinking on my travel (to Germany this time) and your information could be very useful. Cheers!