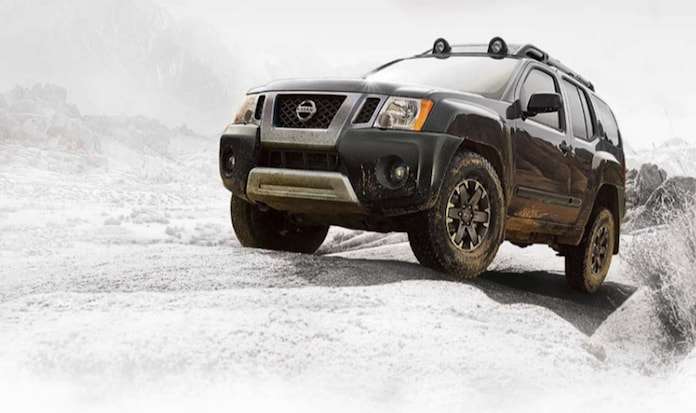 Will Nissan Xterra Be Revived on All-New 2019 Frontier Platform

When Nissan axed the Xterra, it was one of the worst decisions the Japanese auto maker could have made. It took them out of the popular rugged off-road SUV segment with competitors like the all-new 2018 Jeep Wrangler JL, upcoming 2020 Ford Bronco, and Toyota 4Runner. But Nissan may have gotten the message as other automakers see the huge potential in the millennial market with active lifestyles.

According to a report from WardsAuto, Michael Bunce, senior vice president-product planning for Nissan North America told them in an interview, “It’s a great asset in terms of a name and a badge. It’s on the shelf right now, but it’s something we could utilize in the future.”

If Nissan does bring back Xterra, it will likely ride on the new 2019 Frontier mid-size pickup platform. It could then be built right along side the new-generation Frontier being manufactured at Nissan’s Canton, Mississippi plant. The all-new Frontier is expected to arrive later this year as a 2019 model.

When Nissan discontinued the Xterra, the popular rugged PRO-4X also bit the dust. Frontier PRO-4X was the ultimate Nissan off-roader offering extreme performance off the beaten path. It came with an electronic locking rear differential and Bilstein Off-road Performance shocks. Xterra PRO-4X right from the showroom floor, could handle just about anything you could throw at it. Nissan needs to bring it back.

Nissan needs to axe the Pathfinder that couldn’t find an off-road path if it had to. The Pathfinder is nothing like the nameplate started as, and has turned into a car-based mild family 3-Row hauler. Only the large Armada has less sales than Pathfinder in their truck division. Pathfinder was even called out in the Consumer Reports’ 7 Cars Owners Regret Buying survey. Only 49 percent of owners, said they were satisfied with their purchase. Although, Nissan won’t likely abandon the Pathfinder as it had 75,012 in sales through November, 2017.

If Nissan wants to compete with the new 2018 Jeep Wrangler JL, upcoming 2020 Ford Bronco, and popular Toyota 4Runner, they need to resurrect the Xterra and Xterra PRO-4X sooner rather than later. According to a report in Motor Trend, a body-on-frame SUV from the Nissan-Renault-Mitsubishi alliance, will be unveiled at the Beijing Auto Show in April. Will it be the new Nissan Xterra? Stay tuned.