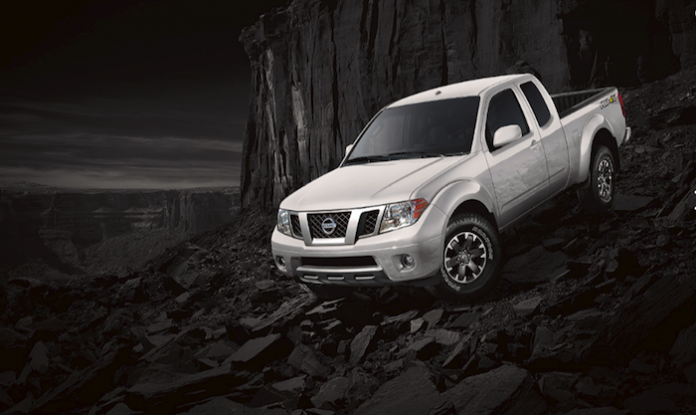 Why You Don’t Want the 2018 Frontier; Wait For The New Generation

The Nissan Frontier might be the “most affordable mid-size pickup in America, but is it the best?
Advertisement

Nissan’s new 2018 Rogue is soaring with Americans, but the Frontier pickup is crashing to earth. Nissan says Frontier is the “most affordable mid-size pickup in America, but is it the best? Frontier needs a remodel and mid-size truck buyers aren’t buying the old-generation model. The Rogue crossover received a complete remodel last year and Americans are buying them in record numbers.

To show how important these remodels are for automakers. One is setting records, while the other is dying in the stable. Nissan does have plans to revamp the Frontier but it’s not coming until next year. It’s badly needed because the Frontier is outdated in more ways than one.

Here’s why you should wait for the new-generation 2019 Frontier pickup. It’s not just about exterior styling, engine upgrades and technology. The Frontier is unsafe if you get in an accident, especially if you are hit in the front corner of the truck. Here’s what the most recent Insurance Institute for Highway Safety (IIHS) crash tests reveal.

In contrast, the new-generation 2017 Nissan Rogue gets a Good rating in the same IIHS test and Superior ratings in front crash protection. We would hope Nissan will fix the safety issue in the next-generation Frontier pickup. The new Nissan Navara pickup, sold in Australia and other parts of the globe, earned a five star rating from ANCAP, but they don’t administer the most recent small overlap front crash test.

The Nissan Frontier needs a complete remodel and also a redesign for its structure. The 2018 models are arriving now with no structural changes, and the new-generation model won’t arrive until next year as a 2019 model. Hopefully Nissan makes major changes to the architecture. You might want to wait for the next-generation 2019 Nissan Frontier. It will likely be safer in the event of a collision.

Dave wrote on February 6, 2018 - 1:08pm Permalink
I tried all the midsize models and bought a Frontier in 2017 it is still the best out there that is how sad the others are after 12 years Frontier is still the bar to succumb