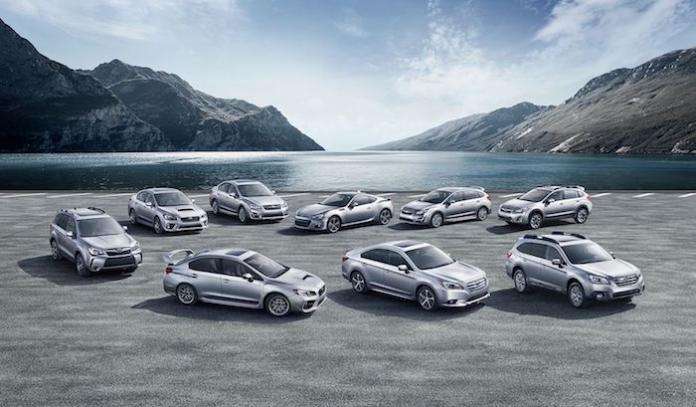 Tiny Subaru is outpacing automotive giants GM, Toyota, Ford and FCC. How are they doing it?
Advertisement

Subaru is the smallest automaker in terms of overall vehicles sales, but they are a giant when it comes to gaining U.S. market share. According to data from Automotive News, the biggest U.S. market share losers are the four best-selling automakers: GM, Ford Motor, Toyota Motor Sales and FCA, are down a combined 10.2 percent. While four smaller automakers have gained between 1.5 and 2.8 percentage points: Hyundai-Kia (2.8%), Nissan North America (2.7%), Subaru (2.5%) and Volkswagen Group of America (1.5%).

It’s the brand’s niche all-wheel-drive SUVs and crossovers that are driving Subaru’s impressive achievements. They have the top-selling 2018 Subaru Outback wagon, followed by the Forester SUV and all-new 2018 Crosstrek crossover leading the way. While they aren’t even close to their Japanese rivals Honda, Nissan and Toyota, in total sales, they aren’t a small boutique brand that no one has heard of.

Subaru is cashing in on the market shift to crossovers and have an all-wheel-drive lineup with their “go-anywhere” attitude. They stay connected to their loyal customers, they are attracting new buyers to the brand at an impressive clip, and bringing out new products that are designed only for the U.S. market.

Subaru Corporation just announced they have officially ended their production and sale of industrial products including general-purpose engines and generators as of September 30, 2017. The Japanese automaker says they terminated its industrial products division “In order to utilize management resources more effectively to enhance the competitiveness of its core automotive business in the aim of achieving sustainable growth in the future.”

Subaru is now focusing soley on building cars for American consumers that fit their active lifestyles. They’ve created a niche brand of all-wheel-drive vehicles that are meeting the needs of an active generation. Subaru will launch a new 2018 Ascent 3-Row Crossover for families next year and it will be built in the U.S. at their plant in Lafayette, Indiana.