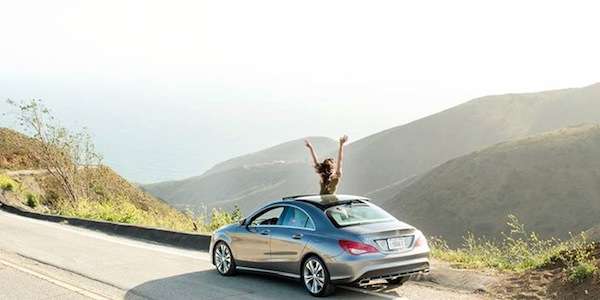 The new 2014 Mercedes-Benz CLA-Class is a very successful new offering for the German automaker. Where is it most popular?
Advertisement

The 2014 Mercedes-Benz CLA-Class is more than a big hit around the globe, and a new generation of buyers are snatching them up as fast as the German automaker can produce them. Mercedes tells us that since the model’s market launch in Europe in April 2013, Mercedes-Benz has handed over more than 100,000 CLA-Class four door coupes to customers all over the world. Mercedes has definitely hit the mark with the CLA-Class and younger buyers are responding in a big way.

Where is CLA-Class most popular?

The new Mercedes-Benz compact four-door coupe is particularly popular in Germany and the US markets. Ola Kallenius, Member of the Divisional Board Mercedes-Benz Cars responsible for Marketing & Sales says, “Month after month, these models are the most important drivers of our growth worldwide. 100,000 CLA show very clearly that our model initiative in the compact segment is definitely hitting the mark.”

Outside the US, the most significant sales region for the CLA-Class coupe is Western Europe, with a share of around 30 percent. The four door coupe has been available there since mid-2013. And Mercedes goal of attracting new customers to the brand is working with around 50 percent previously driving another brand of vehicle. Particularly with the CLA and the A-Class vehicles, Mercedes-Benz is winning new and significantly younger customers, all over the world.

This was all part of “Mercedes-Benz 2020” growth strategy. The new Mercedes-CLA-Class isn’t the only new compact car selling well for the brand. Mercedes reports, altogether, sales of the new generation of compact cars with the three-pointed star have reached more than 800,000 units. Since the beginning of this year alone these have included more than 250,000 A-, B-, GLA- and CLA-Class vehicles.

The new CLA-Class is selling ell in the U.S. and Mercedes says one in four vehicles in this model range is driven by a customer in America. Over 27,000 CLA-Class models have been sold in the U.S. since the model’s launch almost a year ago. Price is a reason why buyers are flocking to Mercedes showrooms to buy the CLA. It’s the first time, a model is available for under $30,000 here. And younger buyers are snatching them up. The average age of CLA drivers is ten years younger than American Mercedes-Benz customers across the full range. And Mercedes says 8 out of 10 customers previously drove a competitor model.

The new 2014 Mercedes-Benz CLA-Class is a very successful new offering for the German automaker. And it’s most popular in Germany and the U.S., the largest market for the brand. It’s appealing to a new generation of buyers and the strategy is working extremely well for Mercedes-Benz. Look for the new 2015 Mercedes-Benz GLA-Class to also be a huge success.