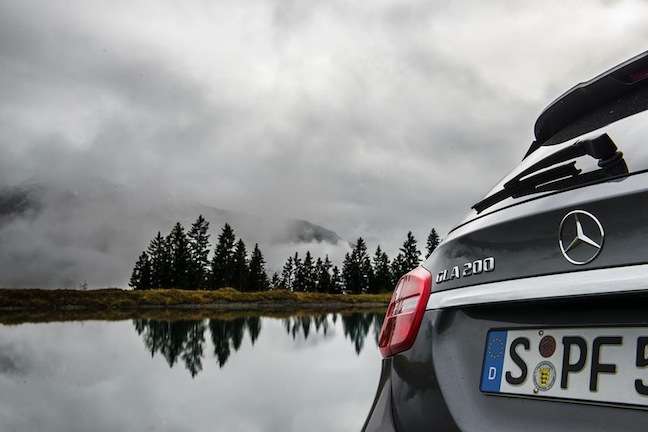 The all-new 2015 Mercedes-Benz GLA-Class has made the short list of What Car? 37th annual What Car? Car of the Year Awards. Why will it win?
Advertisement

The new 2015 Mercedes-Benz GLA-Class could be the most exciting car of 2014 for a number of reasons, but there is one that stands out. Mercedes won’t even launch the new GLA-Class until 2015, but it’s already on a number of short lists for the World Car of the Year (WCOTY) nomination, and now the What Car? 37th annual What Car? Car of the Year Awards.

What Car? will be asking its readers to vote for the most exciting car of 2014, as part of the 37th annual What Car? Car of the Year Awards, to be held in association with Warranty Direct. There are ten cars on the short list and the Mercedes GLA is on it.

Here is the short list readers will get to chose from: BMW M4, BMW X4, Citroën C4 Cactus, Ford Mondeo, Jaguar F-Type Coupe, Mercedes-Benz C-Class, Mercedes-Benz GLA, Mini hatch, Nissan X-Trail, and Porsche Macan. That’s a nice list of world cars for readers to choose from and the GLA-Class will have a challenge to win it.

The main reason the new Mercedes-Benz GLA-Class will likely win is because it’s a global car that appeals to a new generation of buyers around the world. Mercedes has clearly positioned the GLA in the premium “compact” SUV segment and it will likely be a huge hit when it launches in 2015.

Mercedes has done an excellent job of designing the new premium compact and given it everything that it needs to succeed. With fuel consumption as high as 37 mpg and its luxury equipment and high-tech features, the new GLA Class will surely be a strong competitor with young active buyers who have never purchased a Mercedes vehicle before. As Mercedes positions itself to be the world’s number one luxury automaker, the GLA will play a key role around the globe.

The Mercedes GLA-Class delivers in all the areas that What Car? Car of the Year Awards looks for in a contender. The What Car? experts ensure that only cars which deliver dynamically are shortlisted for Awards, while running costs, depreciation, environmental impact and safety features are all taken into account. The award will be given to the vehicle that proves itself as the best all-rounder from all categories.

The new 2015 GLA-Class should shine in this evaluation. The GLA is youthful in its styling, and offers a new generation the size and utility to be a great urban commuter and a vehicle designed for active lifestyles. It comes equipped with the latest high-tech features younger buyers are looking for. It also comes with the new Mercedes-Benz 4MATIC all-wheel-drive for safe operation in wet or dry conditions.

The What Car? award will be given to the car that proves itself as the best all-rounder from all categories. Look for the new 2015 Mercedes-Benz GLA-Class to be a top contender this year. Readers can vote at whatcar.com/awards/vote until midnight on December 31st, with the Reader Award being announced on Wednesday January 8th 2014 at the Awards ceremony in London.

John Goreham wrote on November 9, 2013 - 12:33pm Permalink
I have to admit I think the CLA will have a lot of competition after the initial sales surge. However, I feel that the compact CUV market is still very open. I can't wait to see what Mercedes does with the price levels and usable space. If it is up there with the X1, no interest, but if it is under $40K loaded they could do well. The trick is really size. The RAV 4 is HUGE inside. The X1 is tiny inside. If it has RAV 4 space, and more refinement it may do well.
Dan wrote on November 11, 2013 - 9:06am Permalink
Well the GLA is out in Europe next year - in fact deliveries in the UK start in March.
Denis Flierl wrote on November 11, 2013 - 9:12pm Permalink
Exactly right Dan. You always get the cool stuff before we do here in the U.S. We love our UK readers!