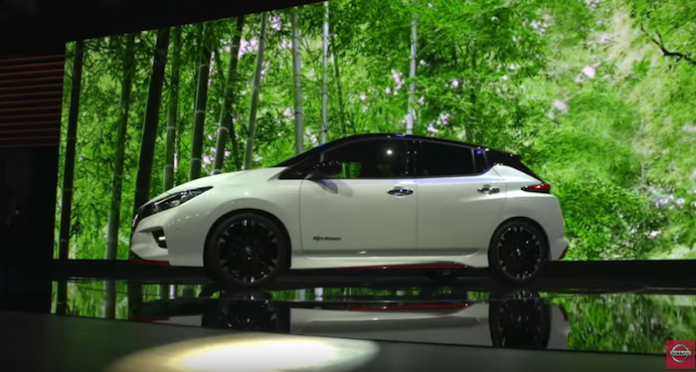 When Will You See the EV Tipping Point; It’s Closer Than You Think

A new report says EVs will account for 50% of the global market share by 2030. Will this affect your new vehicle purchase?
Advertisement

If you haven’t been paying attention to the global automotive culture, the tipping point for the end of the internal combustion engine is in sight. The new era of electrified vehicles is closer than you think. Will this affect your new vehicle purchase?

According to a report by the Boston Consulting Group (BCG), they say in about 12 years (2030), 50 percent of the global automotive market share will be a combination of hybrid and fully electric powertrains. Pure internal combustion engines (ICEs) will continue to play “a major but changing role” in the industry, as electrified vehicles and hybrids begin to take over the market. But its end is in sight.

They say ICE vehicles will play a major role for the next three years, (through 2020) and then you can expect EVs to move into the next phase (2020-2025) where electrified vehicles, a mix of full hybrids (HEVs), mild hybrids or 48-volt hybrids (MHEVs), plug-in hybrids (PHEVs), and battery-powered electric vehicles (BEVs), will increase their share of the market. It’s because automakers will be forced to meet tightening governmental fleet-wide efficiency and emissions standards.

The report says, the next phase (2025-2030) will see falling battery prices, improvements in technology and rising consumer demand based on total cost of ownership (TCO) for consumers dropping, driving rapidly increasing sales of all electrified vehicles, and especially BEVs. “As the transition unfolds, pure ICEs will decline in share from 96 percent of the global market today to about half of all vehicles around 2030” says BCG.

You can plan your new vehicle purchase around these projections that should be fairly accurate. You might want to wait to purchase that new EV. Prices still remain high and the range is still too low for most people unless you live close to work and just travel short distances. You can drive a new ICE vehicle for quite a few years and know the price of gas in the U.S. should remain low, and new models are improving their fuel efficiency with direct injection and using smaller turbo engines.

If you want a new truck, you won’t have much of a choice. ICEs will remain the primary powertrain for large and mid-size pickups as EV growth will occur in smaller vehicle segments, with the C segment being almost entirely electrically powered by 2030.

If you are looking for performance, Nissan and Mitsubishi will be introducing some fun new eco-performance EV models in the near future. Nissan introduced a hot LEAF NISMO performance model at the Tokyo Motor Show you can see in the video below. One look at the concept model tells us it’s close to reality.

The report goes on to say, the Japanese market will be a good place to look for new hybrid models as it will be dominated by them (lead by Toyota) “with a collective share of 55 percent by 2030.” The global tipping point for the end of the internal combustion engine is in sight, and a new era of electrified vehicles is closer than you think. Plan your next new vehicle accordingly.