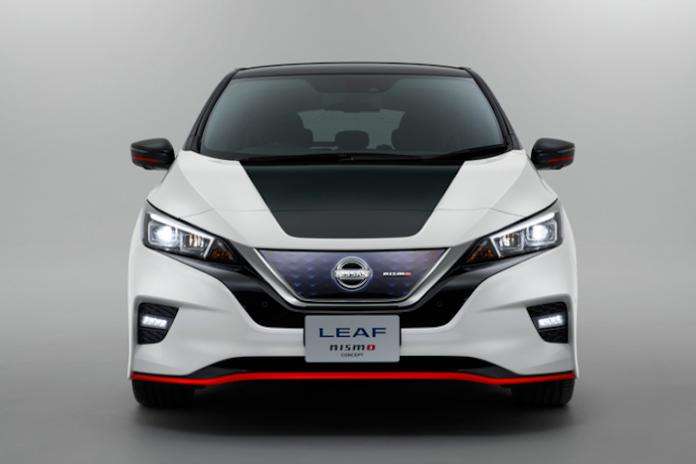 A new Nissan LEAF NISMO will generate big interest in EVs. Here’s how it will bring EV critics onboard and change the global EV landscape.
Advertisement

Performance enthusiasts have a hard time getting excited about EVs with their boring and even ugly looks. It’s also hard for driving enthusiasts to be thrilled with an EV that has the driving dynamics of a lead sled. Sure, there’s the high-performance BMW i8 EV, but how many can afford its $143,400 starting price tag?

That’s where a new production Nissan LEAF NISMO could change the global EV landscape. First of all, NISMO (NISsan MOtorsports) is Nissan’s motorsports and in-house tuning division where they produce hotter versions of their regular cars like the Juke, Juke RS, 370Z and GT-R models. So why not a LEAF NISMO?

It could be coming sooner than you think. Nissan will bring a new LEAF NISMO concept hot hatch to the 45th Tokyo Motor Show and it will be a smart thing if they actually bring it to production. It’s not only smart, it would be brilliant. Automakers have used their high-performance models to bring in buyers to their showrooms for decades. Nissan will likely be doing it with a hotter version of the LEAF EV.

The EV revolution is coming and automakers had better figure out a way to get everyone on board now when ICE vehicles are still selling well. Nissan could be the automaker to do it with a hot LEAF NISMO performance model. One look at the concept models tells us it’s close to reality.

The LEAF NISMO concept features an exterior that has NISMO’s finger prints all over it. The sporty new exterior design gets enhanced aerodynamic performance that Nissan says produces less lift, without sacrificing the EV’s excellent drag coefficient. Inside, it gets a black interior featuring NISMO’s signature red accents, creating an exciting, high-performance feel. All it needs is a rear wing to keep those performance tires planted at high speeds. 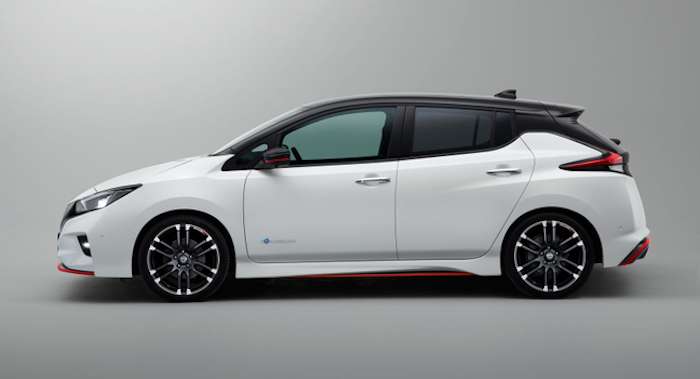 Here’s where Nissan’s in-house tuning division ramps up the driving experience in the LEAF. The NISMO variant features a sport-tuned suspension, high-performance tires, and a “custom-tuned computer” that Nissan says will deliver instant acceleration at all speeds. Now that would get any ICE performance enthusiast on board.

We think Nissan will produce a new LEAF NISMO sometime next year after the 2018 LEAF makes it’s world tour. We think the performance-oriented EV would be a global EV game changer.

Jon Davies wrote on October 7, 2017 - 1:18pm Permalink
Are car manufactures even making money yet on evs? This is a serious question and it impacts how car manufactures are going to proceed with ramping up production. If ice vehicles continue to be much cheaper than evs, then it is going to come down to ice cars being banned before people will jump on them enmass. And of course there is the whole charging infrastructure that needs to scale massively also. Not too many will buy a car if the only place they can change without a long wait is at home. Much work to be done before evs become mainstream I Believe.
James Poch wrote on October 7, 2017 - 3:30pm Permalink
The average US household has more than two cars. So vast majority of charging can be done at home overnight and the times you need to road trip, take the second car. Pricing will come down in time and eventually profitable. I see a greater threat in that EVs will last ALOT longer than ICE. There is a Cebu volt in MI that has 400k miles with good battery life and my own is at 185k with almost no battery degradation
jayfultonra wrote on October 7, 2017 - 4:19pm Permalink
Good points. On the other hand, I can't see ICE cars being 'banned'. I believe the market will turn to EVs over time, and the ICEs will still be needed for select personal and business situations, at least for some some years. Someday, they'll be collectible antiques, souvenirs of a time gone by, like my neighbor's '23 studebaker.

LG's New EV Battery Plant Is a Welcome News for Tesla
Tesla Giga Berlin's New Hurdle: It's Not Only the Gov't, but Now Tesla Itself
END_OF_DOCUMENT_TOKEN_TO_BE_REPLACED