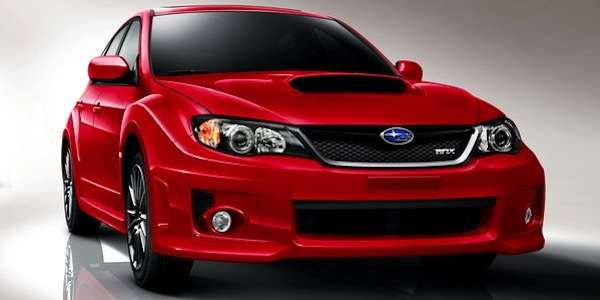 The Subaru WRX and the Pontiac Aztek are not at all alike. What do they have in common?
Advertisement

The Pontiac Aztec is arguably one of the ugliest cars every to roll off an assembly line and the Subaru WRX is one of the hottest selling cars on the new and used car market. The two cars couldn’t be any more different, but Edmunds has announced the top ten used cars that have a higher rate of millennial buyers than any other cars and both cars make the list. This is where the two cars are a lot alike with millennial buyers, age 18-34.

The Subaru WRX is number three on the top ten list, which isn’t a surprise, as the sports car is in high demand with younger buyers. The Pontiac Aztec is making a resurgence with millennials and is number six on Edmund’s top ten list which is a surprise. Why are young buyers snatching up the Aztek which is no longer in production?

Edmunds has called the Aztec “one of the ugliest cars of all time” but Edmund’s analysis shows in 2010, the Aztek had the highest rate of millennial used car buyers, with exactly one-third of all used Aztek sales falling into the hands of these younger consumers which make up around 75.3 million in the U.S. Edmunds says the ugly Pontiac has since maintained a top-ten millennial share in four of the last five years.

We can see why 18-34 year-olds are snatching up the performance Subaru WRX sedan and hatchbacks because of their performance and utility, but the Aztec was a mistake from the word go when Pontiac designed the car. Edmund’s analysis also shows two other vehicles that are no longer in production, also made the top-ten list for highest sales in the used car market with millennials. The Dodge Magnum and Chrysler Pacifica were number one and two respectively on the list.

Millennials are attracted to the fun-to-drive Subaru WRX sports cars, which is keeping the price of used WRX’s high in the used car market. Edmunds says the rally-bred cars hold a 26.4 percent share of model’s sold to millennials. The opposite is true of the Aztec which has a low price and could be the reason it’s being snatched up by younger buyers at a 25.5 percent rate according to Edmunds.

If you want a good used low mileage Subaru WRX, expect to pay more if you want one in excellent condition. Buyers are finding used Aztecs at a cheap price. Edmunds.com Analyst Jeremy Acevedo says, "Millennials may not go into the shopping process targeting these lesser-known vehicles, but when they see how their price tags stack up against other, better-known vehicles, they suddenly become a lot more attractive.”

Joe Marino wrote on September 10, 2015 - 8:37am Permalink
The Aztec was the car driven by Walter White in AMC's "Breaking Bad". The car is easily identifiable and it appeals to the younger demographic because of this factor above all others - if even subconsciously.
Deysean wrote on September 10, 2015 - 4:56pm Permalink
The Aztek was the final blow to the once proud PMD. Pouring salt in the wounds of slowly failing auto division is what the Aztek did for Pontiac. How sad. So very, very sad. The fellow who penned the Aztek, and the hideous Chevrolet Avalanche, also penned the C7 Corvette. And the poor Corvette suffers from some serious styling blemishes as a result of this. The only advantage of a Pontiac Aztek is that they're actually fairly durable vehicles with solid mechanicals. The Aztek is one vehicle that looks bad at every angle and should not be coveted by anyone except a salvage yard.
Pulse wrote on September 10, 2015 - 11:48pm Permalink
So true. Was the Aztec some attempt at the Cadillac 'metal edge' 'design philosophy' (I hate that too) but for the proletariat masses ? Looks like it. People like flowing curves. Cars that succeed without them succeed despite their ugly aesthetic failings.
Pulse wrote on September 10, 2015 - 11:44pm Permalink
Because the Aztec is dirt cheap... on a barista salary.
you need an editor wrote on September 11, 2015 - 6:14pm Permalink
This article could've been about half as long as it is, only to come to the simple conclusion that I guessed before reading the article: Aztec is a cheap car, and you don't care how ugly something is when you have little cash and a need to go someplace. In fact, in that sentence, I did a better job writing this article than the author did.